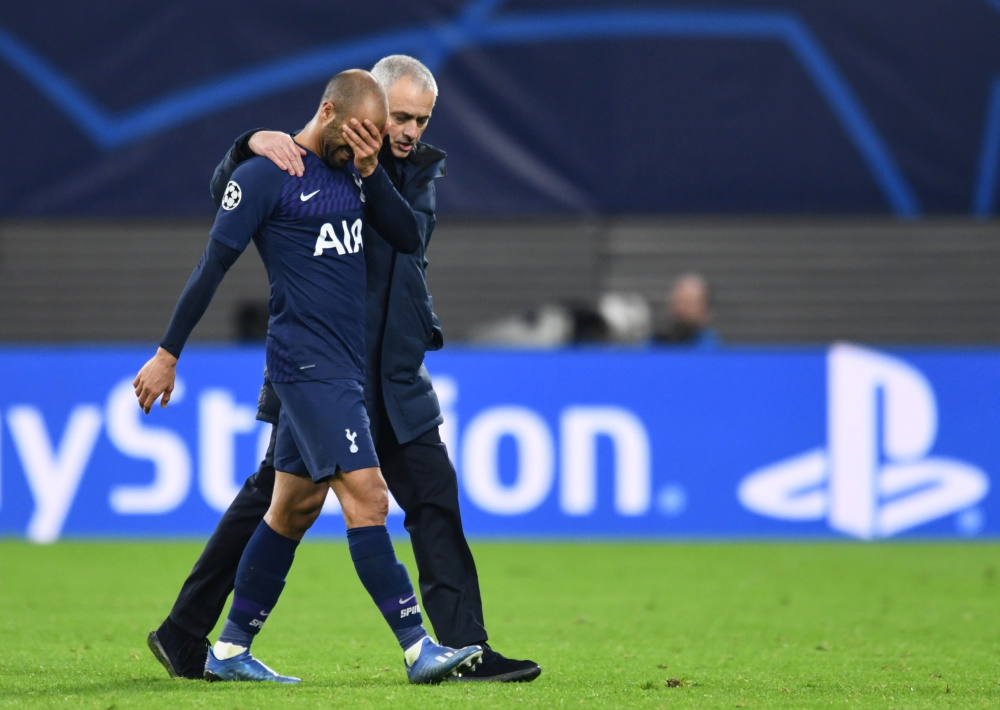 Tottenham head coach Jose Mourinho says his side are up against it in their bid to get back into the Champions League next season.

Spurs finished as runners-up in Europe’s premier club competition last season but crashed out of this year’s tournament after going down to RB Leipzig 4-0 on aggregate in the last-16.

It was their last remaining hope of silverware this season but it never looked likely in east Germany as they lost 3-0 in the second leg, with Marcel Sabitzer scoring a brace and Emil Forsberg adding a late effort.

Spurs have nine games left in the Premier League to try to save their campaign, but their situation looks grim.

They are seven points off fourth-placed Chelsea and the likes of Harry Kane, Son Heung-min, Moussa Sissoko and Steven Bergwijn are not going to be back from injury any time soon.

The match with fifth-placed Manchester United on Sunday could be a make-or-break moment in their season and Mourinho accepts a top-four finish will be a big ask.

“With the squad we have at the moment it’s going to be very, very difficult,” he said. “These problems are not going to disappear from today to tomorrow.

“When we lost matches, we lost matches 2-1, 3-2, 1-0. We had draws so it’s not like we don’t fight. So we will fight and the players have to be very strong to fight with the limitations we have.”

Mourinho will be hoping his side can bounce back from the disappointment of their European exit when they host his former club United at the Tottenham Hotspur Stadium on Sunday.

Victory for Spurs would see the north London outfit move just one point behind Ole Gunnar Solskjaer’s fifth-place side in the standings.

Depending on the outcome of Manchester City’s appeal against their two-year European ban, fifth could be good enough to qualify for the Champions League this season.