Vertonghen weighing up his options as Spurs deal runs down 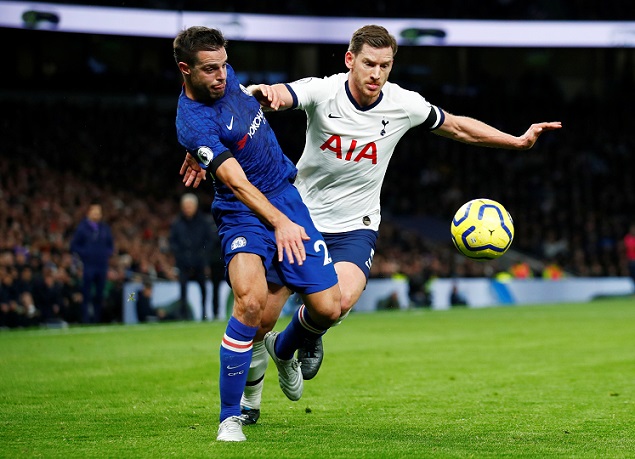 Jan Vertonghen says he's been weighing up the "pros and cons" of staying at Tottenham as he enters the final few months of his contract.

The Belgium international is due to become a free agent at the end of June, although whether that will change due to the coronavirus pandemic remains to be seen.

Either way, the 32-year-old’s time at Tottenham appears to be short and there has been little movement on him agreeing a contract extension at the club.

Back in February, Vertonghen’s agent Tom De Mul said his client was “super-happy” at Spurs and that he wouldn’t rule out the two parties reaching an agreement over fresh terms.

Vertonghen is currently free to speak to any non-English clubs that are interested in his services and it has been rumoured Inter Milan have made contact, with the former Ajax man indicating he has other “options” on the table, besides Tottenham.

He told Belgian show De Kleedkamer: “I’m in a process right now that I have to grab a piece of paper and write down the pros and cons of the options I will have soon.

“I will really have to decide what I want in my career. In three to four years, I will normally return to the place where I will likely settle down.”

🗣 Vertonghen refused to rule out an Ajax return in an interview talking to OpVier today:

“Who knows It’s always been sort of in the planning, yes.” pic.twitter.com/Jz6QPP2Jv5

Having been a staple of Tottenham’s backline since he arrived in north London from Ajax in 2012, Vertonghen has found first-team opportunities this season limited.

Since Jose Mourinho took charge following Mauricio Pochettino’s dismissal, the Belgian has often found himself on the substitutes bench, even when the manager has gone with three central defenders.

Whether the Portuguese tactician would be keen on keeping the experienced campaigner around remains to be seen as he looks to overhaul his squad during the next transfer window.

How much money Mourinho has to spend will depend on where Tottenham finish this season as they seek to qualify for the Champions League and it might prove more prudent to keep a player of Vertonghen’s quality at the club, rather than try to find the funds to buy a replacement.