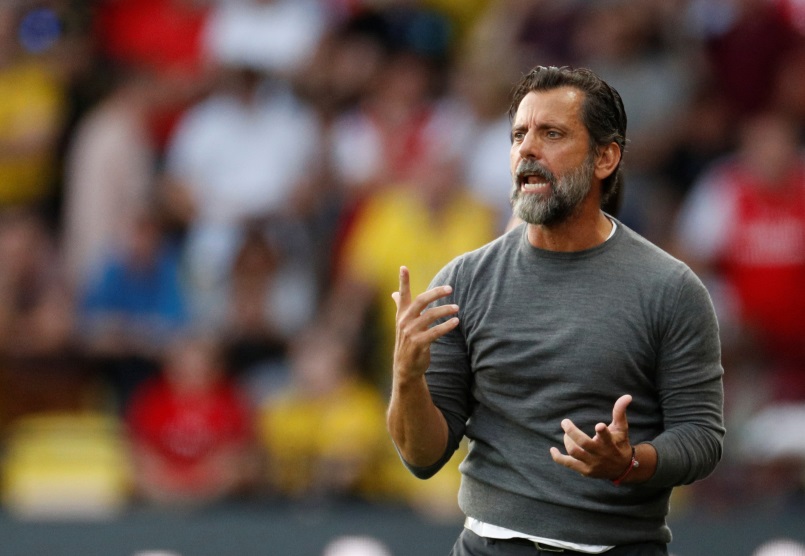 Watford coach Quique Sanchez Flores has told his players that they must show more confidence in the coming weeks.

The Hornets remain rock bottom of the Premier League table after a miserable first 10 games this season in which they have failed to win any of their games, while only picking up five points after drawing half of their matches.

Former boss Javi Gracia was sacked in September and Flores has managed to improve his team’s fortunes only slightly. Three draws in a row lifted the spirits, but the north London outfit are still struggling to score goals without star striker Troy Deeney.

Updates on Success, Capoue and more…

Check out the team news ahead of Chelsea on Saturday ⤵

Flores claims the current squad is better than the previous Watford team he built four years ago and he says his troops need to start believing in themselves more.

He told reporters: “It’s more important than the technique and the skills and everything and what I found four years ago is a squad full of confidence because they were just promoted, they felt completely happy, completely brave, no fears of anything so it was perfect. Now we have probably a better squad, but they are full of fears, they are full of doubts, all these kind of things, so it’s completely different.

“We need to accept this situation. That’s what we try to work to change because the moment we change, all the qualities of this squad will come out, it will be different.”

Flores continues to be troubled by injuries as his team return to action against Chelsea this weekend. Deeney remains out for the game at Vicarage Road, while Danny Welbeck and Ismaila Sarr are also set to watch the game from the sidelines.

Although Watford have yet to secure three points this season, Flores’ men will fancy their chances of ending that run when they play Norwich and Southampton in the coming weeks.