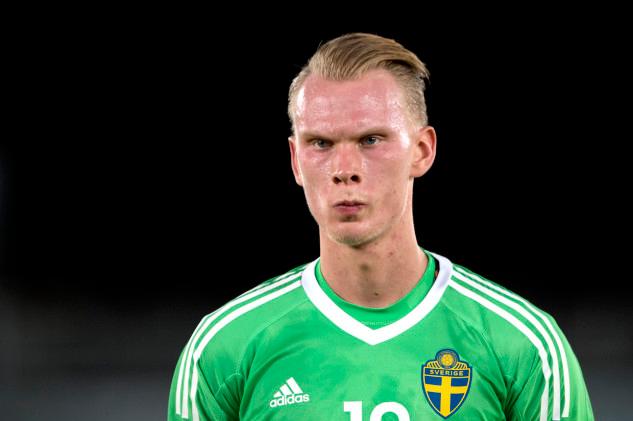 Watford goalkeeper Pontus Dahlberg has revealed a desire to secure a loan move away from Vicarage Road in January.

The 20-year-old is yet to make an appearance for Watford following his switch from IFK Goteborg in January 2018.

Dahlberg signed a five-year deal with the Hornets after some impressive displays in his homeland, although he was loaned back to Kamraterna for the remainder of the campaign.

His career appeared to be in the ascendancy after penning a contract with Watford, having made his senior international debut for Sweden earlier in the month.

However, that upward trajectory hasn’t continued after being left out in the cold by the Premier League outfit.

Ben Foster is the clear number one at Vicarage Road, having started all 12 league games this term, while Heurelho Gomes, who backtracked on his decision to retire at the end of last season, is second in the pecking order.

Austrian Daniel Bachmann is battling it out with Dahlberg for the right to be third choice and his experience probably puts him just out in front.

Bachmann spent last season on loan in the Scottish Premiership with Kilmarnock, making 28 appearances, and Dahlberg appears to have accepted that he isn’t going to get a look in anytime soon.

The Swede hinted that he was open to securing a loan switch over the summer but he opted to stay put in the hope of earning gametime in cup competition.

But he hasn’t been afforded any minutes and admits his team are now assessing options to ensure he can get his career back on track during the second half of the campaign.

Dahlberg told the Goteborgs-Posten: “We are trying to get a loan. That’s the priority for me right now. I have to get away and play matches at some point.”