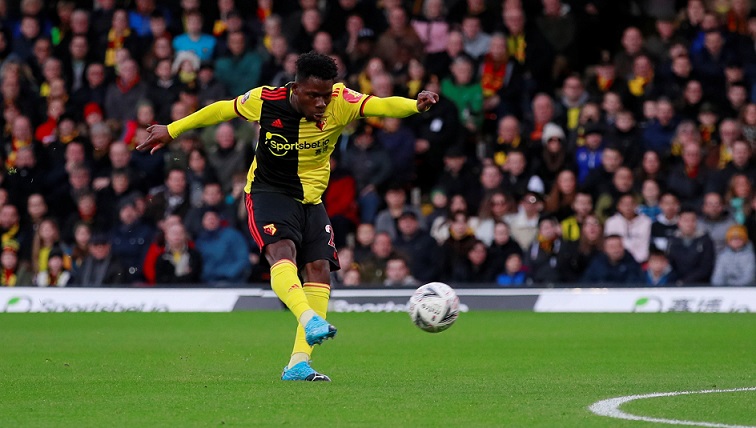 Tom Dele-Bashiru admits he was disappointed with the way Watford allowed League One opponents Tranmere back in to secure a 3-3 FA Cup draw.

The 20-year-old midfielder, making his first start for the club since his summer switch from Manchester City, opened the scoring in the third-round tie on Saturday after firing home from the edge of the box.

Goals from Nathaniel Chalobah and Roberto Pereyra followed in the first half as the Hornets took a commanding advantage into the break.

However, their plucky lower league opponents chipped away and gave themselves a glimmer of hope after Connor Jennings headed home.

Manny Monthe made it a nervy ending for the Hornets before Paul Mullin slotted home a penalty kick after young substitute Mason Barrett fouled Corey Blackett-Taylor.

To add insult to injury, Pereyra was shown a straight red card late on for a foul on Rovers winger Kieron Morris.

Last season’s FA Cup finalists now have to play an extra game due to a major lapse in concentration in the second half at Vicarage Road.

Boss Nigel Pearson stated after the game that the FA Cup was “not a priority” and that was reflected in his team selection which saw the Hornets make nine changes from their 2-1 win at home to Wolves on New Year’s Day.

However, Dele-Bashiru was still irked at the way they threw away their lead in the game despite also being delighted to score his first goal for the club.

“It was a good feeling to get my first goal as I’ve been working hard in training and it was exciting to show what I can do, but the result wasn’t what we wanted,” he said. “We kind of lost our organisation in the second half.

“We could have dealt with the pressure better and created more options for each other on the ball. But there are positives to take and we can go and do it right in the replay.”

Watford will play Tranmere at Prenton Park on Tuesday 14 January in the replay as they look to seal their place in round four.