Kabasele loving life as a Hornet 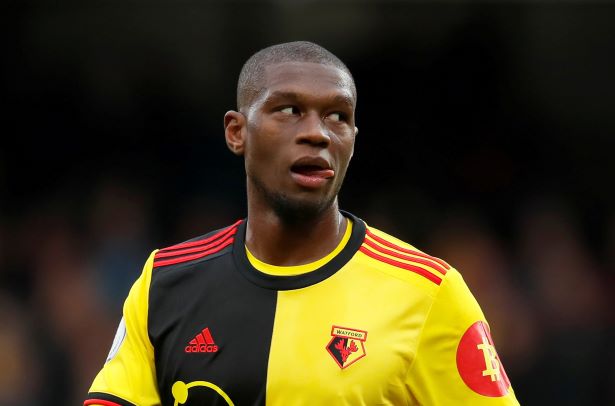 Watford man Christian Kabasele says he is hoping to enjoy a long and successful career at the club after falling in love with the area.

The 28-year-old joined the Hornets in 2016, with the Premier League club paying £5.8million for his services.

Kabasele decided to leave Genk after two years and he has not looked back during his three seasons in England.

He has now played 84 games in total, scoring five goals for the Hertfordshire club.

The Belgium international has featured on 13 occasions for Watford this season but sat out over the weekend due to suspension.

Kabasele was sent off during the 2-1 victory over Wolverhampton Wanderers on New Year’s Day following a last-man challenge on Diogo Jota and Watford failed with their appeal against his ban.

He missed the thrilling FA Cup draw against Tranmere Rovers and will also be unable to play against Bournemouth.

Watford’s home game against Tottenham on January 18 will be the next game Kabasele can play in. At the moment he is working hard in preparation for his return and has told fans he is loving life at the club.

Kabasele told the club’s official website: “I live in the town, but for me, I’m surprised that people are surprised when I say I live in Watford. For me it’s normal, I’m living ten minutes from the stadium and without traffic it’s 15 minutes from the Training Ground.

They could climb out of the relegation zone if results go their way and punters can listen to our coverage of Sunday afternoon’s clash with Bournemouth via our Youtube page.