Pearson warns Hornets job is not done yet 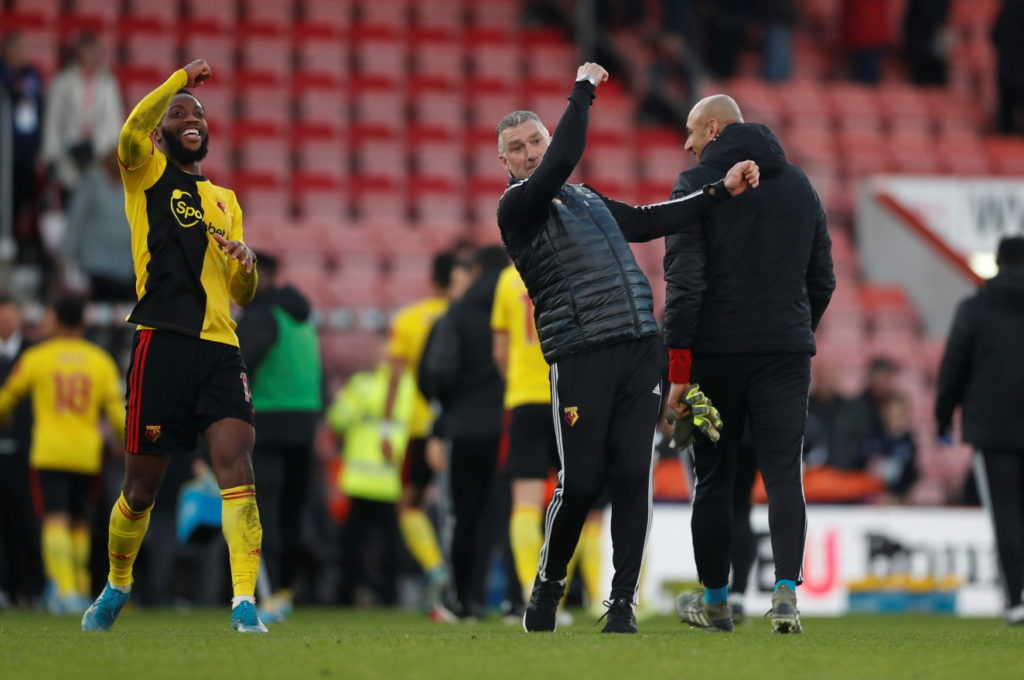 Nigel Pearson has warned his Watford players they are far from safe and insists there is still plenty of work to be done.

The Hornets are without doubt on the crest of a wave and optimism among the supporters is sky high, but Pearson insists the crushing 3-0 win at fellow strugglers Bournemouth is far from being a season-changing result.

Pearson’s men continued their recent resurgence in emphatic fashion to climb out of the Premier League relegation zone for the first time this campaign.

Goals from Abdoulaye Doucoure, Troy Deeney and Roberto Pereyra made it 13 points from a possible 18 since the arrival of manager Pearson, while condemning the 19th-placed Cherries to a ninth defeat from 11 games.

Another TEAM performance today, so proud of these lads, congratulations @abdoudoucoure16 @tucupereyra37 on the goals we move again 👏🏽👏🏽 that ones for you GT 🙏🏽 pic.twitter.com/e0uvvmHg2Y

However speaking after the game Pearson was quick to point out he is not foolish enough to think that it is now job done after they jumped out of the relegation places, and there is still a very long way to go.

Pearson has called for focus and is urging his players to carry on in the same manner to pull off the great escape.

“But I’m not naive enough to think that we are anywhere near concluding what we set out to do. We’ve got a lot of work to do but we’ve given ourselves a better chance.”

Midfielder Doucoure capitalised on an error by stand-in Bournemouth goalkeeper Mark Travers to give the visitors a 42nd-minute lead at the Vitality Stadium.

Watford’s travelling fans chanted Pearson’s name for much of the second half, while also celebrating the life of club great Graham Taylor.

Sunday marked the third anniversary of Taylor’s death and Pearson believes the former Hornets boss would have been proud of Sunday’s performance.