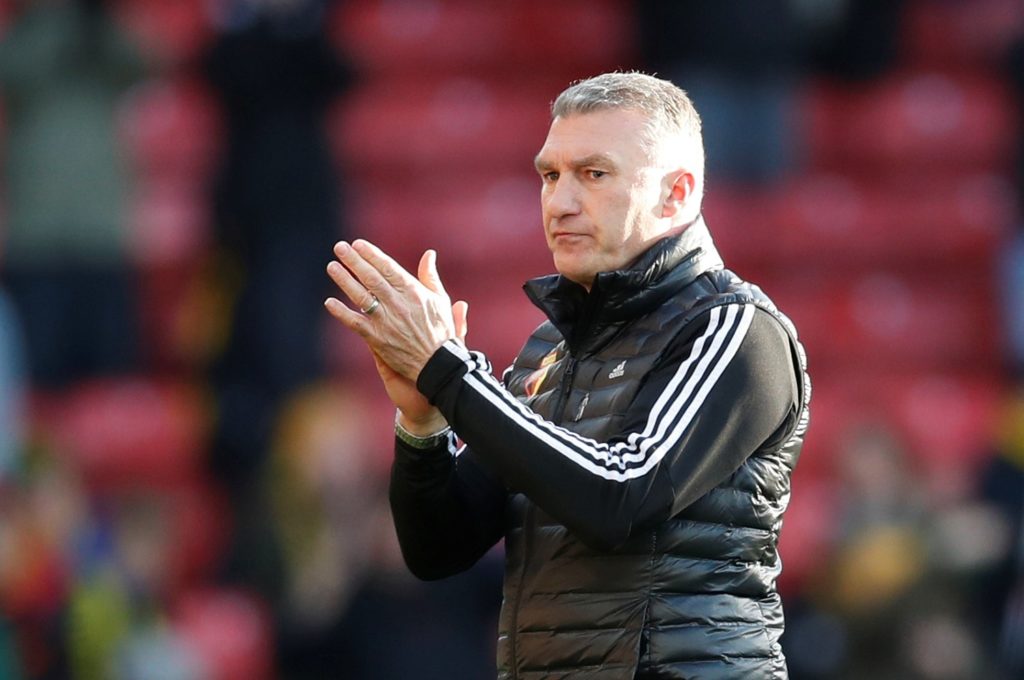 The fact that there was disappointment in the Watford ranks at failing to beat Tottenham shows just how far they have come under Nigel Pearson.

The Hornets were rock bottom of the Premier League table and seemingly dead and buried when the 56-year-old replaced Quique Sanchez Flores in the Vicarage Road dugout on December 6.

He was in the stands as the men in gold and black drew 0-0 with Crystal Palace on their own patch a day later – just the ninth point they had picked up at that stage of the campaign.

A predictable 2-0 defeat to champions-elect Liverpool followed but Watford have not tasted defeat in any competition since losing at Anfield.

Four top-flight wins and two draws sees the Hertfordshire side sit 17th in the standings – one point above the relegation zone – and with every chance of maintaining their Premier League status.

They have beaten Manchester United and Wolves during that run and would have taken down Spurs as well had skipper Troy Deeney been able to convert from the penalty spot.

Jose Mourinho felt his side did enough to take all three points but Pearson believes Watford “created enough to win” adding that his men “grew into the game and started to take more control”.

It is incredible to think that anyone at the club would be speaking in such a way after what happened earlier in the season, with Flores returning to replace Javi Gracia only to be sacked for a second time after just 10 games in charge.

Pearson’s no-nonsense approach has galvanised the players and there now seems a purpose about their work that had been missing since midway through last season.

Having let in eight goals in an embarrassing display against Manchester City back in September, the Golden Boys have tightened up at the back, with only two goals conceded since the Liverpool defeat.

That record is always going to give a team a chance of victory and they will hope to keep up the momentum against Aston Villa on Tuesday night.

It is a vital fixture against a relegation rival but, while it would have been tough to see Watford taking anything from the match a few months ago, they are now actually favourites to win the game at Villa Park.

There are still 15 matches to play and doubtless many twists and turns but, with Pearson at the helm, the fans know that anything other than 100 per cent from his players will not be good enough.