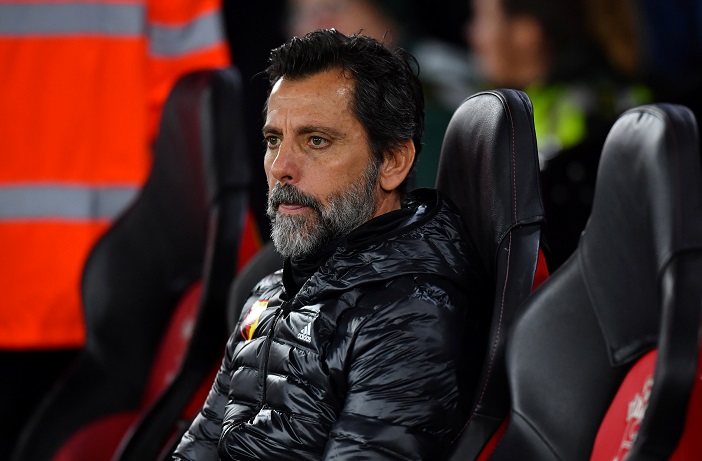 Quique Sanchez Flores says Watford was a difficult place to work during his second stint as head coach due to the level of scrutiny he was under.

The Spaniard returned to Vicarage Road at the start of September as Javi Gracia’s replacement, three years on from leaving the Hornets after less than 12 months in the dugout.

His most recent stay in Hertfordshire was even shorter than his first, taking charge of 12 games before being axed in December.

Quique Sanchez Flores has been sacked by Watford after just 85 days.

The 55-year-old oversaw just two wins during his time back at Watford but felt he was dealt with harshly, indicating he never felt he was trusted fully by the powers that be at the club.

In an interview with The Athletic, the former Espanyol and Atletico Madrid coach has revealed that notes were taken on his training sessions as part of the club’s evaluation of his performance.

Flores also said he had run ins with Watford chairman Scott Duxbury, technical director Filippo Giraldi and owner Gino Pozzo over his tactics with trio encouraging him to abandon his defensive 5-3-2 formation.

Flores says the club are too controlling when it comes to overseeing the coaching staff and believes they should have had a little more faith in his ability to do the job they hired him for.

“It’s not normal to have someone taking notes while the coach is in training. I have more than 500 matches as a coach, so how can he analyse me?” He told the Athletic.

“He’s writing, ‘He’s training well. He’s not training well’. When you win, he’d meet with you and say: ‘Okay, we’ve got a lot of confidence in you.’

“But when you lose, the notes become investigative and the same guy is telling you: ‘Okay, I realised this week that…’ So, it’s hard for a coach to work.”

Nigel Pearson replaced Flores at the helm following his sacking and has managed to turn Watford’s season around, giving the club a chance of avoiding relegation with last weekend’s 1-1 draw at Brighton moving them to within a point of safety.

The Hornets will hope to climb out of the bottom three when they face Manchester United at Old Trafford on 23 February.