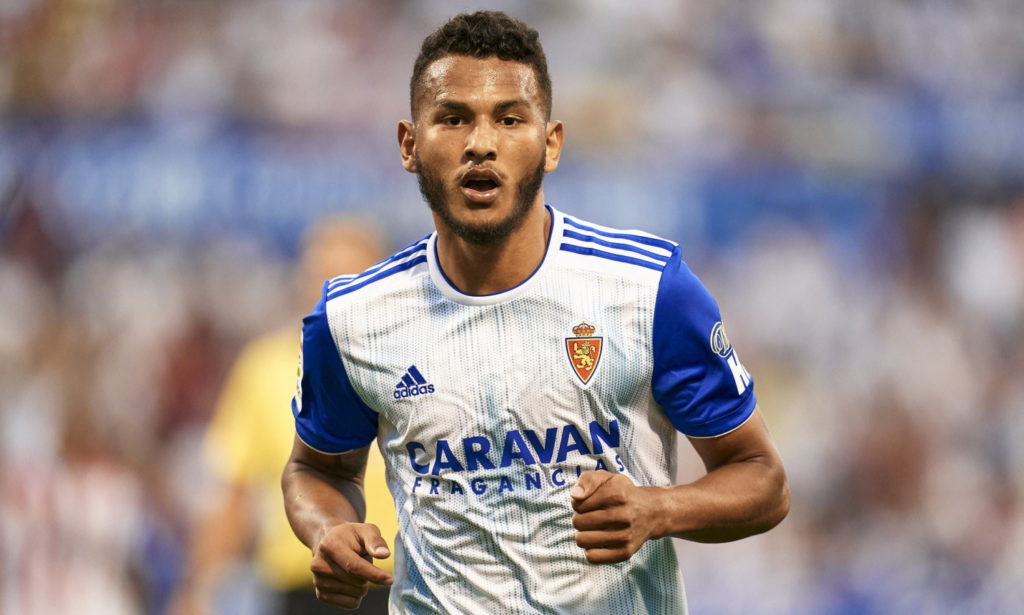 Watford youngster Luis Suarez claims he is ready to make the step up to Premier League level after earning experience on-loan.

Suarez signed for Watford in the summer of 2017 after coming through the ranks with Leones in his homeland of Colombia.

The 22-year-old is yet to make any senior appearances for the Hornets and has been shipped out on a succession of loan deals.

He scored 11 goals in 34 Segunda B appearances for Real Valladolid II in 2017-18 before linking up with Segunda Division side Gimnastic Tarragona in 2018-19.

Watford sent him back out for the 2019-20 campaign and he has continued to impress with a further 15 goals in 26 appearances for Real Zaragoza in Segunda Division.

The frontman is yet to get a taste of top-flight action but feels his goalscoring record proves he is ready to make the step up.

With his sights set on playing at the highest level, Suarez wants to force his way into Nigel Pearson’s plans at Vicarage Road, although he admits he would be happy to go on-loan to one of Europe’s top divisions.

Suarez said: “Every year has been better than the year before, that is a fact.

“I have two more seasons contracted with Watford, it is up to them, I certainly feel prepared to play in one of the top leagues in Europe after this season. Premier League, La Liga, Serie A or Bundesliga, I am confident I am ready for that move in the summer.”

Deeney is always going to be first choice for the Hornets with the likes of Andre Gray, Danny Welbeck and Isaac Success offering cover.

Gerard Deulofeu has also offered a willingness to play through the middle, while Ismaila Sarr and new signing Joao Pedro further bolster Pearson’s options in the forward line.