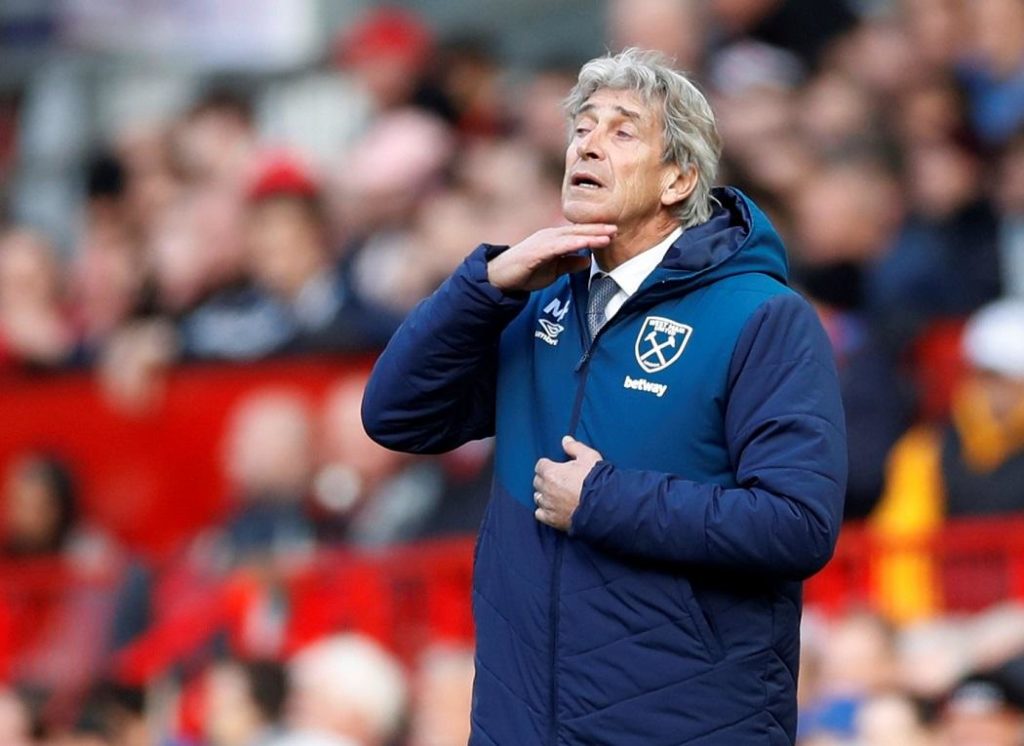 The Hammers went down 3-0 at Turf Moor with Ashley Barnes and Chris Wood putting the Clarets 2-0 up at half-time, with a Roberto Jimenez own goal within 10 minutes of the restart effectively ending the game as a contest.

West Ham are now winless in seven matches across all competitions, losing five of those games, and the pressure is starting to build on Pellegrini.

Reports last week claimed the club are planning to stick by the Chilean boss but he is among the favourites to be the next manager to leave his post with the bookmakers.

Midfielder Rice has admitted his side are low on confidence but he has backed Pellegrini to boost the squad’s morale and turn the situation around.

“We train really hard during the week, there’s been a real buzz about the place, but it gets to the game and it looks like when we go 1-0 down our heads drop,” he told Sky Sports. “We need to learn, we’ve been in this situation last year. Do the basics, get back to the basics – the running, the tackling, the five-yard passes.

“I’m sure the manager will get the players together and we’ll be working really hard.”

West Ham were targeting European qualification before the season began and, after a bright start, looked genuine contenders to break into the top six.

Their current slump has seen them slide down the Premier League table however, and they could drop down to 17th if Aston Villa manage to win at Wolves on Sunday.

The Hammers are just five points clear of the bottom three but they are still only four points behind Sheffield United in fifth place and they can still achieve their goals.

However, they need to get back to winning ways soon if they are to get back into the fight for European football.

Pellegrini may be safe for now despite the defeat at Burnley but the club’s patience is likely to run out soon if this losing run continues much longer.

The Hammers have a tough run of fixtures after the international break as they host Spurs before back-to-back trips to Chelsea and Wolves.