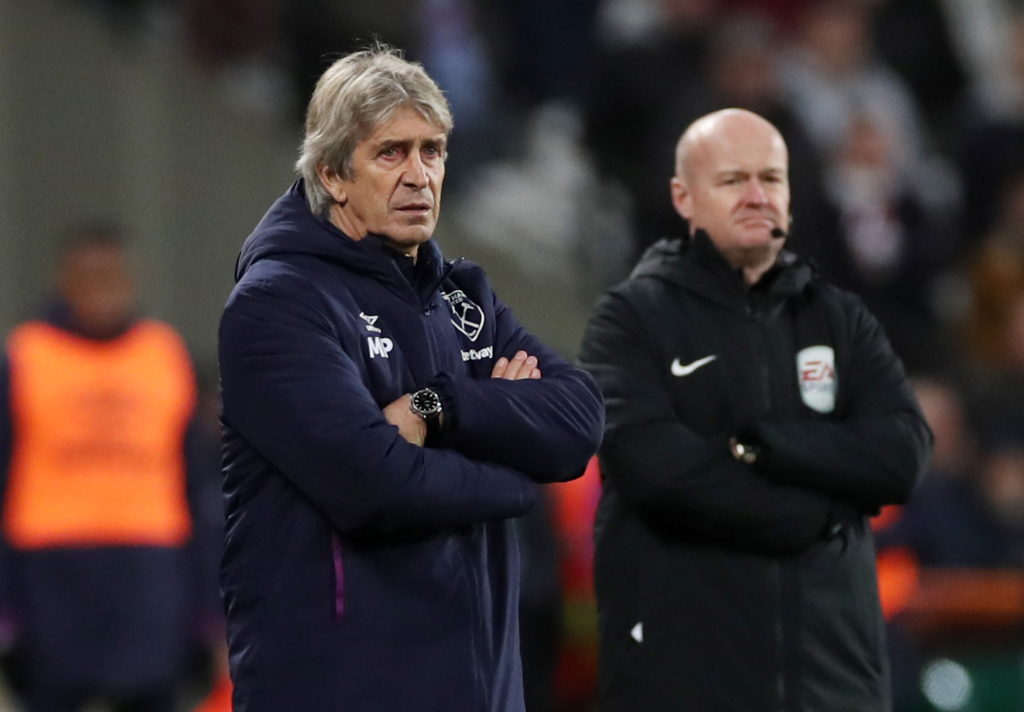 Manuel Pellegrini has played down talk of a relegation battle for West Ham despite Monday's defeat against Arsenal plunging them deeper into trouble.

The pressure is mounting on the Hammers boss after the side slipped to their seventh league defeat in nine games against their London rivals.

Angelo Ogbonna’s first-half header put West Ham ahead at the London Stadium but the Gunners put their own dismal run of form to one side after the break with three goals in nine minutes.

While it was a timely boost for Arsenal’s interim boss Freddie Ljungberg and lifted them up to ninth in the table, defeat for the Hammers leaves them in 16th spot, just a point clear of the relegation places.

However, Pellegrini was adamant post-match he is “not worried about relegation” from the Premier League but wants to address their poor home form as quickly as possible.

Manuel Pellegrini says he is 'not worried' about relegation after West Ham's defeat against Arsenal.

Despite the ongoing miserable run, the 66-year-old Chilean claims the fans are still backing him and the players to turn things around.

He said: “The fans of West Ham always have this stadium full, with 60,000 people behind the team.

“We must improve and we need to win again here at home but I don’t feel the fans are not behind the team.

West Ham travel to face second-bottom Southampton this weekend and could end up in the drop zone if they return from the south coast pointless.

And the indicators are that Pellegrini could be sacked if the Hammers are defeated by Ralph Hasenhuttl’s men at St Mary’s.