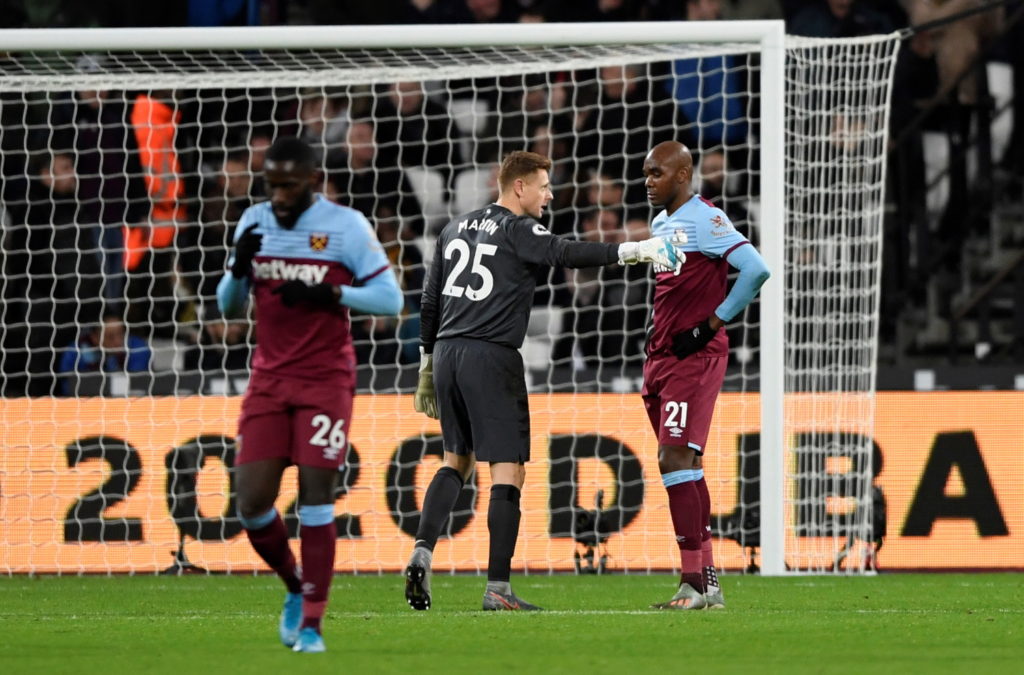 West Ham defender Angelo Ogbonna says his side need to accept that they are in a relegation scrap.

Ogbonna put his side ahead on Monday against Arsenal but the Hammers again crumbled, going down 3-1 to the Arsenal to extend their recent run to just one win in 10 Premier League games.

Monday’s poor showing leaves the Hammers 16th in the table, just a point clear of the relegation places.

Having been tipped for Europe in pre-season, and found themselves fifth after beating Manchester United in September, Manuel Pellegrini’s men now have altogether different priorities.

The fans will point to the moment Lukasz Fabianski was injured in September’s 2-2 draw at Bournemouth as the incident on which their season turned, with understudy Roberto Jimenez struggling before being replaced by David Martin.

Questions are now being asked about Pellegrini’s job and while the Chilean has called for calm, the board could make a decision on his future should his team lose to fellow relegation candidates Southampton in Saturday’s late game.

Saints themselves seem to have turned a corner, beating both Watford and Norwich 2-1, before producing a bright display when going down to Newcastle by the same scoreline.

West Ham have won on two of their last three visits to St Mary’s but Ogbonna admits their form means his team will be up against it in Hampshire.

Most of the Hammers players are more used to fighting for honours and the former Juventus defender has urged his colleagues to get their heads around what to many is a new situation.

“We have to face the reality. We are looking forward to the next game and we are focused on that.”