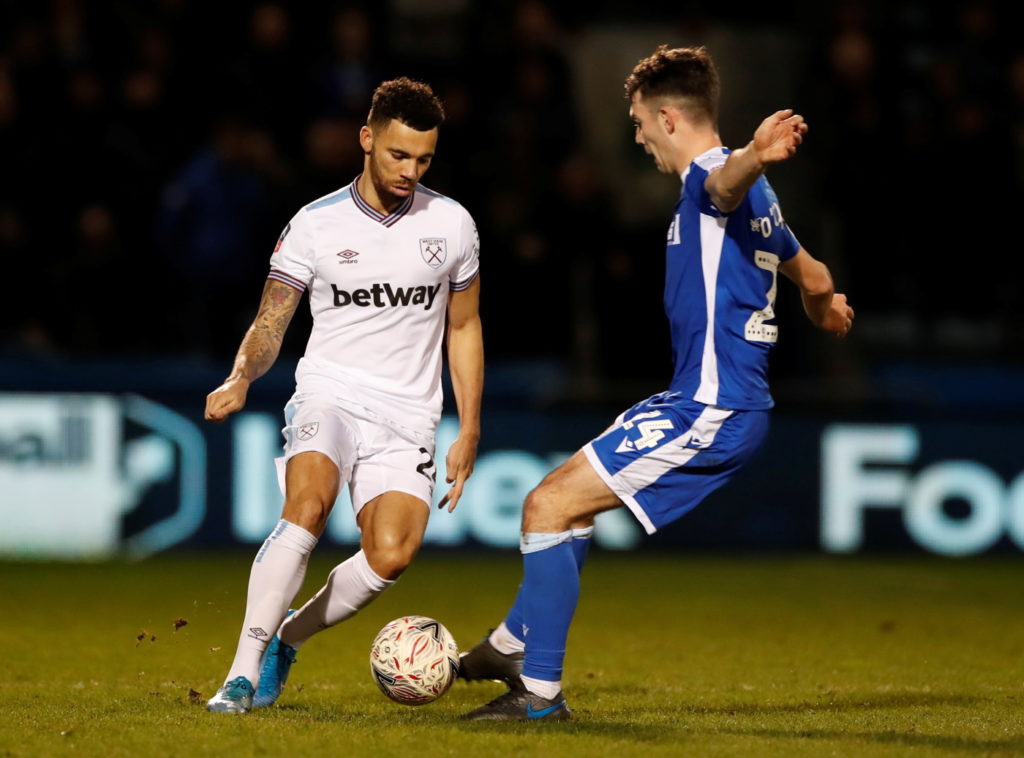 West Ham have confirmed that full-back Ryan Fredericks is likely to be out of action until the end of February with a hamstring injury.

Former Fulham star Fredericks sustained the problem late in the first half of West Ham’s FA Cup third-round victory over Gillingham at the Priestfield Stadium on Sunday and was immediately replaced by the experienced Pablo Zabaleta.

The extent of the damage suffered by Fredericks has now been revealed, with the club’s Head of Medical Services, Richard Collinge, confirming that the 27-year-old is likely to be sidelined until the end of next month due to the injury he suffered in the 2-0 win.

“Ryan injured his hamstring while chasing back late in the first half and was assessed immediately before undergoing a scan,” Collinge told the club website.

“He will now begin a period of rehabilitation and recovery, with the plan being to return to action before the end of February.”

The absence of Fredericks will certainly be a blow for new Hammers boss David Moyes, as the former England youth international has been a regular at the back at the London Stadium this season, starting 17 of their 20 Premier League games to date.

Former Manchester City star Zabaleta, who marked his appearance with the breakthough goal against the Gills, is likely to step into the void left by Fredericks, in what is expected to be his final season before retirement.

Although with no other senior right-backs in his squad, Moyes could be forced to delve into the transfer market during this month’s window.

West Ham will be back in Premier League action when they travel to Bramall Lane to take Sheffield United on Friday and Moyes will be hoping to make it three wins from three since returning to the club, following on from the victories over Gillingham and Bournemouth.