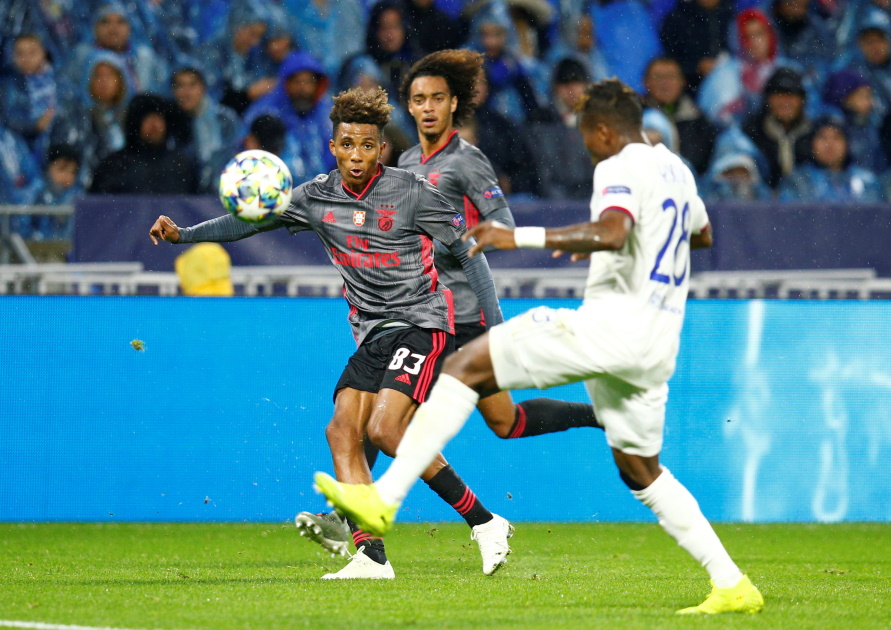 David Moyes is hoping West Ham United can wrap up a deal for Gedson Fernandes but cannot say for certain that it will happen.

The Benfica midfielder looks set to leave the Portuguese side on loan for the remainder of the season and the Hammers are among the clubs chasing his signature.

Moyes is keen to get a deal done, but with the competition being so fierce, it remains to be seen whether they will be able to get it over the line.

Everton are said to be strong contenders to land the 20-year-old Portugal international on loan and Moyes says he is still waiting to hear whether a move to the London Stadium will happen.

When asked by reporters if the deal was close to being completed, Moyes said he could not say for sure that it will happen, but did confirm the club are working hard to get the right players on board during the transfer window.

David Moyes is still waiting to hear whether West Ham can agree a deal for Benfica midfielder Gedson Fernandes.

Moyes says new players are needed, and he could also be in the hunt for a new right-back following the news Ryan Fredericks is facing a lengthy spell on the sidelines through injury.

Fredericks was injured during the 2-0 FA Cup win at Gillingham and Moyes admitted at the time that he did not like the look of it after the player pulled up clutching his hamstring, mid-sprint.

Pablo Zabaleta replaced Fredericks and scored West Ham’s opening goal, his first for the club, but the Argentinian turns 35 next week and will struggle to play week in, week out.

It means another right-back, possibly just a loan deal, is likely to be on the cards.

The Hammers face a busy month in January with plenty of fixtures to cram in and it looks as though it could be just as busy on the transfer front.