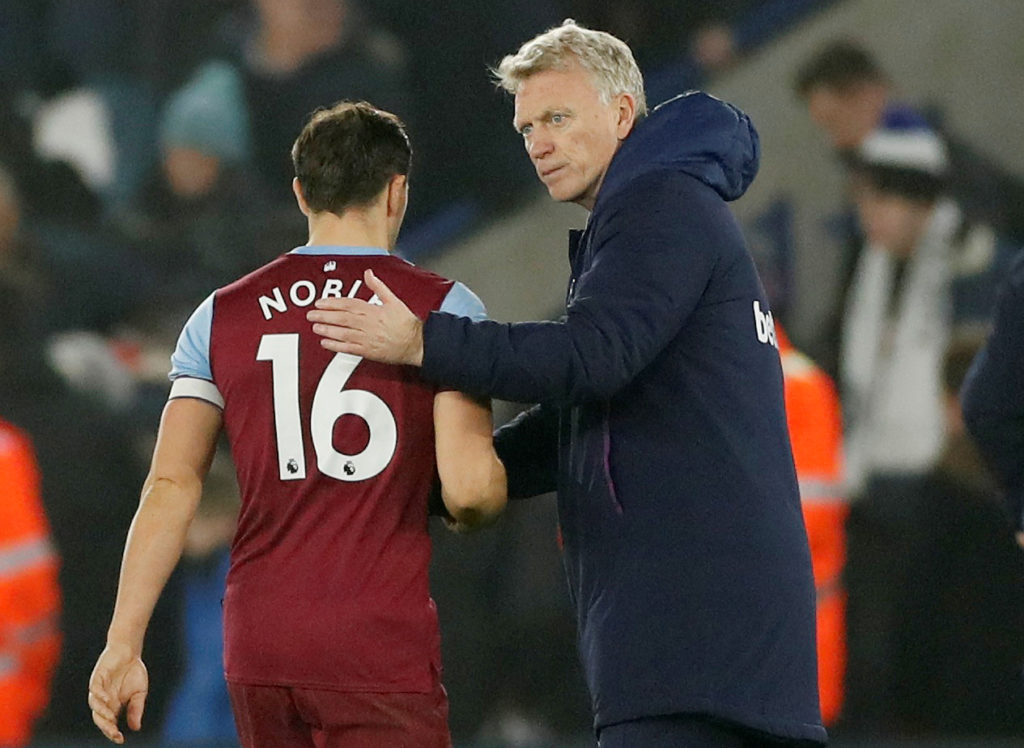 Mark Noble admitted he would be "lying" if he said he thought West Ham deserved to get anything from Wednesday's 4-1 loss at Leicester City.

Noble scored his team’s only goal at the King Power Stadium, netting a penalty shortly after the break but it was not enough to tame the Foxes, who showed signs of rediscovering their early-season form.

Harvey Barnes put Leicester ahead after 24 minutes, and while both Nampalys Mendy and Jamie Vardy limped off before half-time, the hosts went in 2-0 up thanks to Ricardo Pereira’s stoppage time strike.

Noble then halved the deficit on 50 minutes but Brendan Rodgers’ side continued to dominate and a late Ayoze Perez brace gave them the result they deserved.

Boss David Moyes is battling with injuries but was frank in his assessment, admitting: “Leicester played well and we didn’t.”

That sentiment was echoed by his captain who alongside midfield partner Declan Rice, appeared to be fighting a losing battle due to the lack of tactical discipline in other areas of the field.

Noble may be given the weekend off with the Hammers set to face West Brom in the fourth round of the FA Cup on Saturday.

Speaking after the game, which leaves West Ham only above the bottom three on goal difference, the skipper came across as a man who needed a break, conceding his team were both outthought and outfought in their midweek defeat.

“I thought Leicester were the better team,” he told the club website. There is no point standing here and lying.

“But listen, there is still a long way to go and there are still a lot of points to play for and this game and this league changes so often, so we’ll stick at it. We’ve got a tough three or four weeks coming up but we need to stick together.”