West Ham midfielder Soucek set for spell on the sidelines 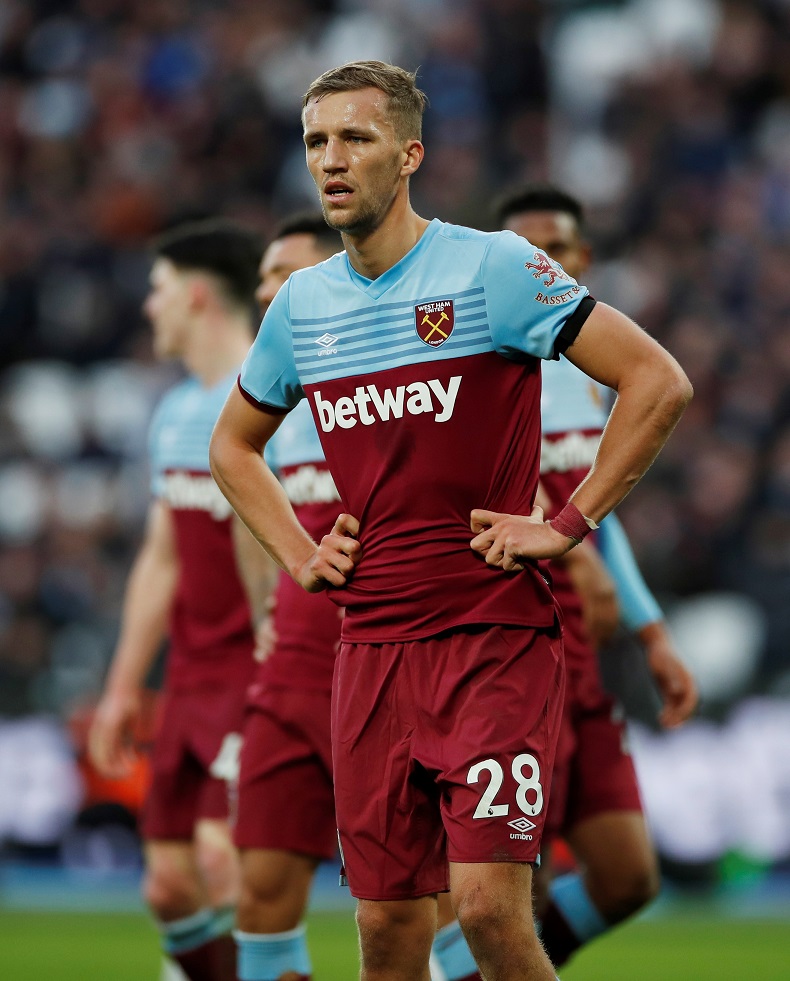 Tomas Soucek has been ruled out for around three weeks after suffering a hip injury in West Ham United's 3-2 defeat at Liverpool on Monday evening.

Czech Republic international Soucek arrived at the London Stadium on loan from Slavia Prague in January and the move will be made permanent if the Hammers avoid relegation from the Premier League.

As things stand, the 24-year-old midfielder will be heading back to the Sinobo Stadium as Monday’s loss at Anfield kept West Ham in 18th place in the standings, a point from safety with 11 games remaining.

Unfortunately, Soucek will be unable to help the east London outfit’s cause over the next few games after it has been confirmed he suffered a hip injury in that defeat to the Reds, who are another step close to a first Premier League title.

We can confirm that Tomas Soucek suffered a low grade injury last night and is likely to be out for approximately three weeks.

The Czech was forced off just a couple minutes into the second half, having picked up the issue towards the end of the opening 45 minutes, and he was replaced by Pablo Fornals, who scored the visitors’ second goal.

Head of Medical Services Richard Collinge confirmed the injury, saying: “Tomas over-extended his hip flexor muscle but the scan was positive and revealed only a low grade issue.

“We hope to have him back before the international break in March.”

Soucek is set to miss Saturday’s Premier League clash at home to Southampton, along with the trip to Arsenal on March 3 and the contest against Wolverhampton Wanderers at the London Stadium on March 15.

Since arriving on loan, the midfielder, who has stressed he would love to stay in England on a full-time basis, has started three top-flight matches, the 3-3 draw against Brighton and the 2-0 and 3-2 defeats to Manchester City and Liverpool respectively.

In Soucek’s absence, Spaniard Fornals, who joined the club last summer from Villarreal, could be given a chance to shine after impressing when coming off the bench against the Reds, although that would mean a more attacking formation for the Hammers.