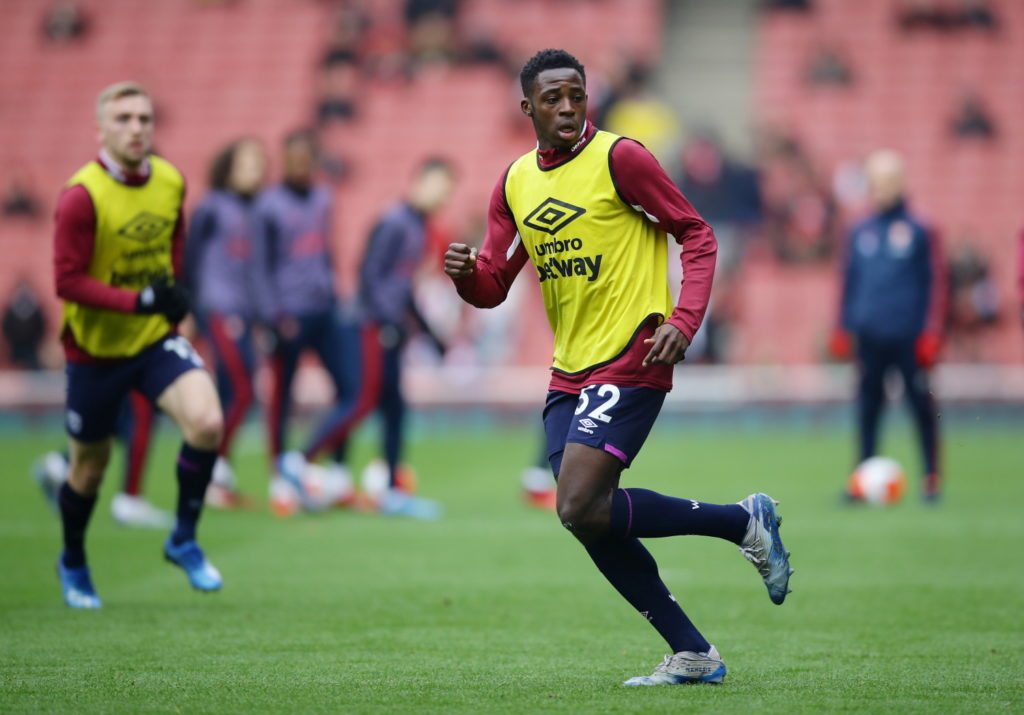 Former West Ham midfielder John Moncur believes Jeremy Ngakia's emergence has given the side a significant lift as they look to seal survival.

Ngakia is a product of the club’s academy and despite spending much of his youth career playing in an offensive role, has excelled since being re-positioned at right-back.

Ryan Fredericks is currently sidelined with a shoulder injury and with veteran Pablo Zabaleta struggling for form, David Moyes has taken a shine to the youngster since returning to the club in December.

The 19-year-old made his debut in January’s 2-0 home defeat to Liverpool and was recalled last month to face the Reds in his second start, producing a mature performance in the 3-2 loss at Anfield.

He retained his place for the 3-1 win over Southampton and last Saturday’s 1-0 reverse at Arsenal and looks set to play a crucial role in the Hammers’ survival fight.

Moyes’ men sit 16th in the Premier League table but are only out of the relegation places on goal difference ahead of Sunday’s visit of Wolverhampton Wanderers.

With eight games to play, every point counts and Moncur believes having Ngakia around could be crucial to the team, with his ascension to the side having coincided with an improved run of performances.

The now 53-year-old spent nine years in the East End and remains a keen observer of the club, with his son George having come through the Hammers’ academy.

Another 90 minutes in the bank for this guy on Saturday 💪 pic.twitter.com/NmDL13TtPP

Speaking to LoveSportRadio, Moncur was full of praise for Ngakia, comparing him to Manchester United’s Aaron Wan-Bissaka.

“There is a rawness about him obviously but he’s got a lot of natural talent if you look at you know, he eats the ground up, he looks good at times going forward,” he said. “He reminds me a little bit of Wan-Bissaka a little bit, he’s leggy and he’s a good defender.

“So I think he’s been a real bonus. And so when someone comes in like that it gives the whole squad a lift because you think, blimey, we’ve got a signing here for nothing. And, you know, that’s what makes the difference.”