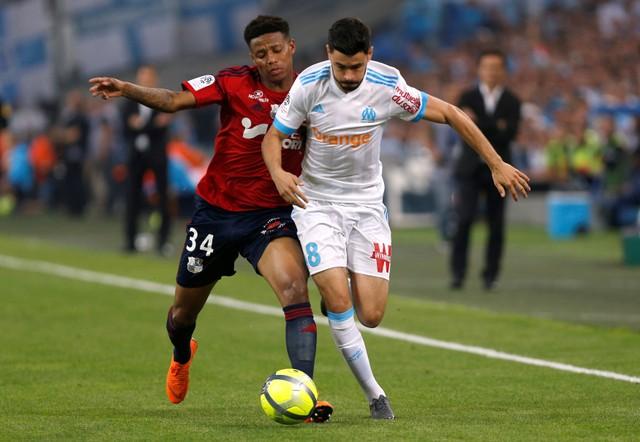 West Ham are reportedly set to renew their interest in Marseille midfielder Morgan Sanson this summer.

Former France Under-21 international Sanson was believed to be a target for West Ham during the January transfer window, with the Hammers reportedly seeing a bid rejected after they failed to match Marseille’s £30million valuation.

However, that knockback does not appear to have deterred the Hammers, with the suggestion being they are hoping to use their good relationship with Paul Aldridge to secure a deal.

Aldridge joined Marseille as an advisor on transfers back in January, having previously worked at West Ham, where he played a prominent role in the deals that brought Carlos Tevez and Javier Mascherano to Upton Park in 2006.

Sanson is also a team-mate of former Hammer of the year, Dimitri Payet, who could convince the 25-year-old to move to the London Stadium.

The speculation surrounding Sanson comes at a time when West Ham have learned they will not be back in action until April 4 at the earliest after the Premier League announced all games have been suspended in a bid to contain the outbreak of coronavirus.

That means West Ham’s games against Wolves and Tottenham have been postponed, with their next scheduled match set to come when Chelsea visit the London Stadium on April 5.

Moyes has shown no coronavirus symptoms but is adopting the precautionary measure after coming into contact with Arsenal boss Mikel Arteta, who has contracted the virus, during last weekend’s Premier League meeting between the two sides at the Emirates Stadium.

West Ham currently sit 16th in the top-flight standings although they are only outside the relegation zone on goal difference, with nine matches remaining in the campaign.