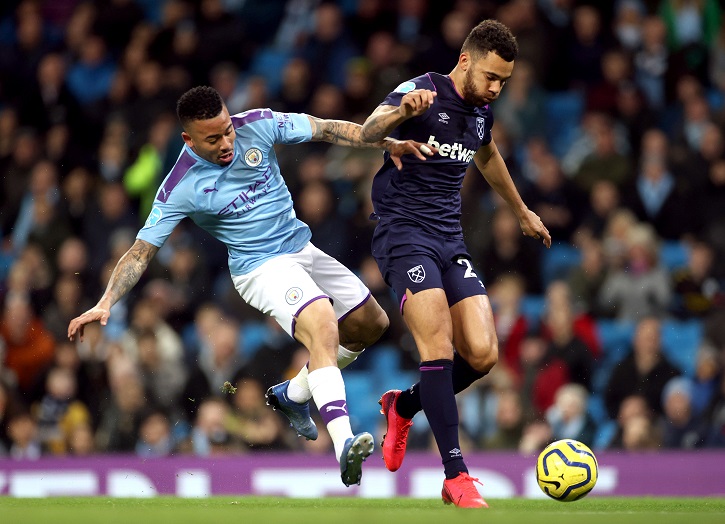 Former England Under-19 international Fredericks arrived at the London Stadium in June 2018 on a free transfer after allowing his contract at Fulham to run down, but he has struggled to hold down a starting spot.

The 27-year-old defender made just 15 Premier League appearances during his debut season for the Hammers – playing second fiddle to Pablo Zabaleta – although he has featured in 20 league matches this term.

However, although appearing in more games, Fredericks has lost his place in the starting XI over the last month to rising star Jeremy Ngakia, who has now appeared for West Ham four times in the top flight.

The 19-year-old received huge praise for his performances over the past few weeks and he has long been seen as the next big prospect to emerge from the academy.

Ngakia’s rise to prominence could have huge repercussions for Fredericks, who has a contract until the summer of 2022 but will reportedly be allowed to move on if a suitable offer for him comes in.

It is unclear how much the Hammers would be willing to accept for the former Fulham defender, who cost nothing two years ago, but his injury record could work against him in any deal.

Fredericks is not the only player facing an uncertain future heading into the summer transfer window, with rumours also claiming Arthur Masuaku could be sold if the club avoid Premier League relegation.

The DR Congo international only signed a new contract in July last year, taking his stay at the London Stadium until 2024, but manager David Moyes, who took charge of the club for the second time in December 2019, has apparently not been impressed with what he has seen from him.

It is thought the 26-year-old may be allowed to leave if an offer around £7million is received this summer.