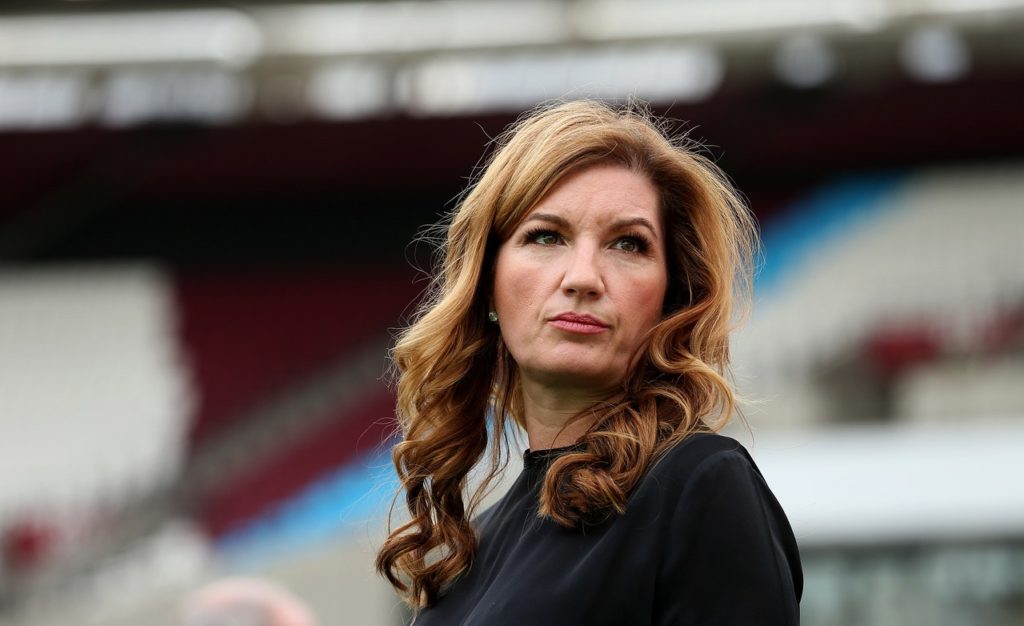 West Ham vice-chairwoman Karren Brady has insisted she's behind the joint Premier League plan to get the season played to a finish this summer.

Brady made headlines soon after the Premier League was postponed earlier this month when she became one of the first high-profile figures in football to suggest the season should be declared null and void.

It was a controversial stance as it would deny Liverpool the title despite the fact they are 25 points clear at the top of the table with just nine games to play, while there would be no relegation or promotion up from the Championship under that idea.

The Premier League, Football League and PFA held a meeting on Friday to discuss the economic implications of suspending the season, with further talks planned for next week, and Brady says the plan is still to get the campaign finished, whenever that may be, despite her previous suggestions to the contrary.

“When we, all Premier League clubs, last spoke, we agreed to get going again as soon as possible,” she wrote in her column for the Sun. “And that games will run in to July, if required, to get this campaign finished. This is the plan. This is what we want to deliver.”

Brady has echoed others who have said some games might have to be played behind closed doors when it is deemed safe to do so, even though that idea would not be particularly popular with players or fans.

She added: “It may be games have to be played behind closed doors, which no one wants, especially the players and fans. But we hope it might just be possible to go ahead once the sharp graph of it bottoms out.”

Meanwhile, Brady has also revealed West Ham have eight players in self-isolation showing mild symptoms of coronavirus but they all “seem to be well”.