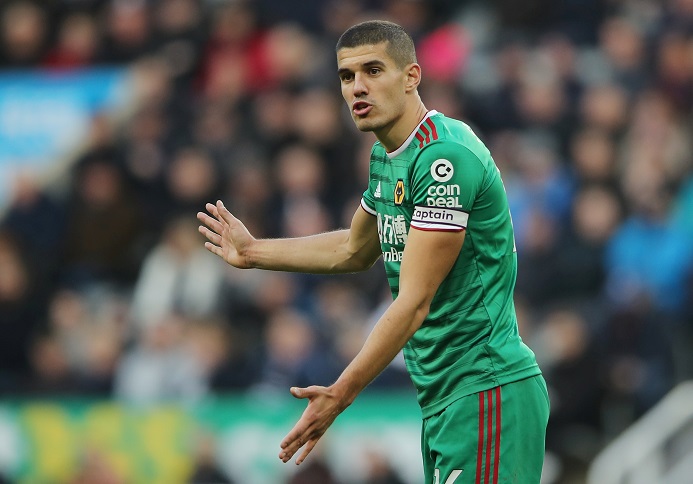 Wolves defender Conor Coady says he is excited to face Aston Villa in the fourth round of the Carabao Cup on Wednesday evening.

The Midlands rivals are preparing to meet for the first time since March 2018 when they played each other in the Championship.

In an otherwise generally impressive season for Nuno’s side, they were thumped 4-1 at Villa Park thanks to goals from Albert Adomah, James Chester, Lewis Grabban, and Birkir Bjarnason.

Now, they are set to meet for the right to advance into the quarter-finals of the Carabao Cup.

Wolves have not won the EFL Cup since 1980 and would relish beating Villa in order to give them a chance of doing so once again.

And captain Coady says the whole squad are very much looking forward to the trip, as it will give them a chance to avenge that 4-1 loss.

“It’s a huge game – no matter what the competition is. When Wolves go to Villa or Villa come to Wolves, it’s a massive game,” he said.

“We can’t wait for it, we really can’t. We played them in the Championship a couple of years ago there and they got the better of us, so we need to make sure we’re on our game as they’re a really good side. We’ll be ready for it.”

Despite going into the tie with a mind to advance through, Nuno is set to give opportunities to younger players in his squad. Taylor Perry and Dion Sanderson are set to be involved after only having fleeting involvement with the first team already this season.

However, punters can still use their free bet back Wolves to win at Villa Park at a price of 23/10.