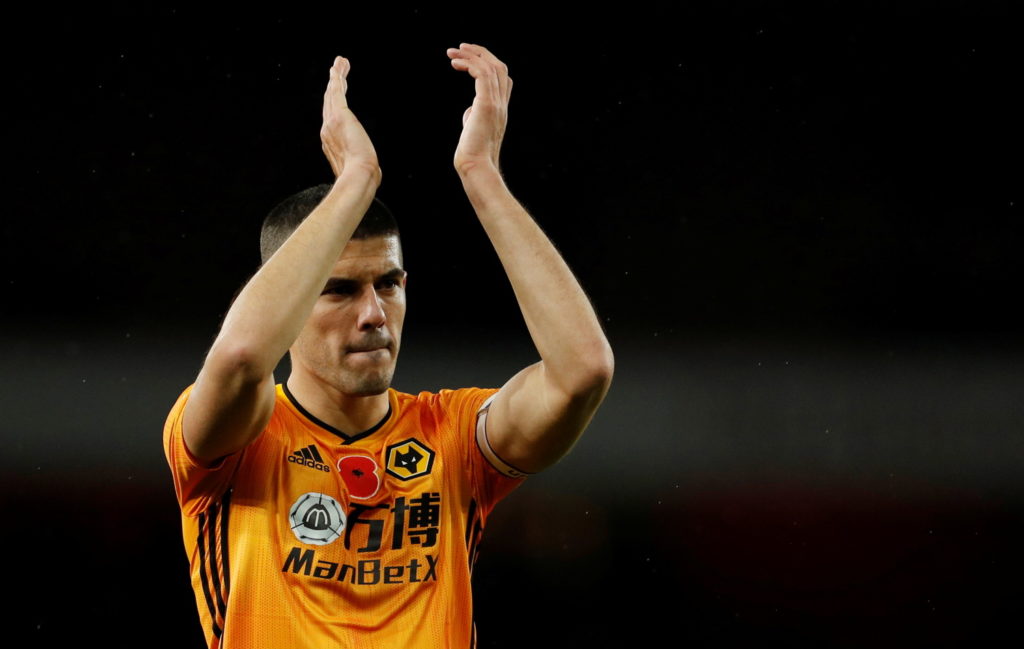 The side were hit by the news that Boly is set to be absent for several months after breaking his left fibula bone in training last month.

The central defender has undergone surgery on the injury and must wear a protective boot for the next six weeks before he can start any rehabilitation work.

To add insult to injury for boss Nuno Espirito Santo, he lost a second centre-half last week when Bennett suffered a recurrence of a groin injury during the 2-1 Carabao Cup defeat at Aston Villa.

Morocco international, Saiss, started Saturday’s 1-1 draw at Arsenal along with Coady and wing-back Matt Doherty in a back-three, but Dendoncker then replaced the latter at the interval.

Despite the upheaval in the backline and players being used out of position, Coady was quick to praise the contribution of both Saiss and Dendoncker in helping Wolves pick up a point at the Emirates Stadium.

“We said how much of a big miss big Boly would be – but we have players to come in,” said Coady in the Express & Star. “Leander is a fantastic player; Saiss plays there for his country.

“He knows how to play the role. He is a fantastic footballer and a brilliant lad. You can see Leander slot in there and take it on board.”

Meanwhile, Coady is looking for Wolves to start going out to get the opening goal in games given that they have won both times when scoring first this season against Watford and Manchester City.

However, he also highlighted the “resilience” and “character” of the team as the draw at Arsenal was the sixth time this season they have fought back from behind to earn a 1-1 draw in the Premier League this season.