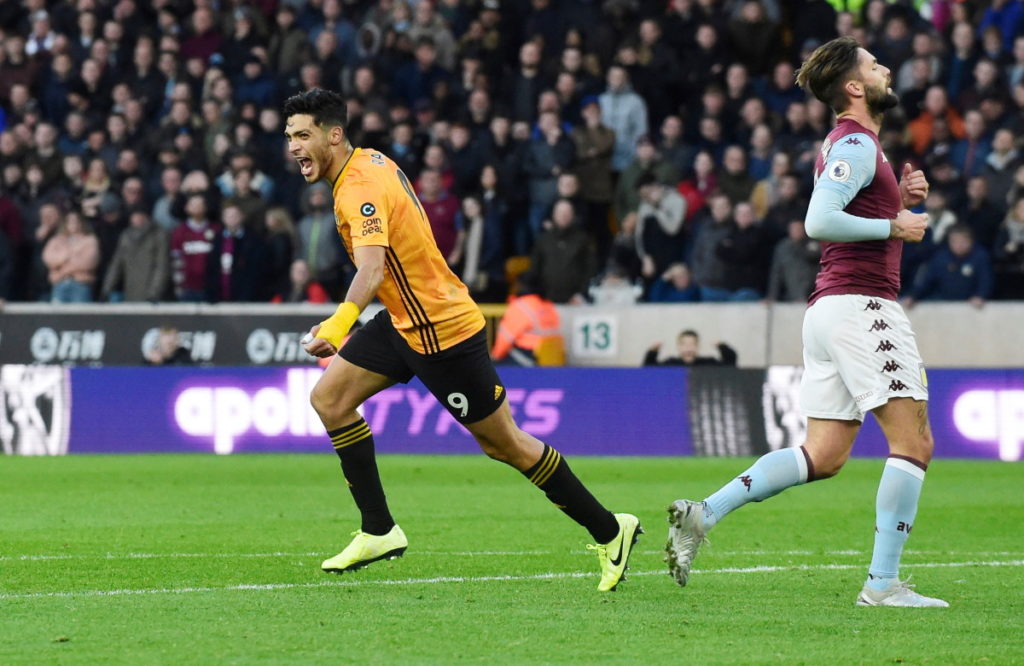 Ruben Neves and Raul Jimenez grabbed the goals as Wolves downed Aston Villa 2-1 in a Midlands derby at Molineux.

Villa were without first-choice keeper Tom Heaton and then lost replacement Jed Steer to injury early on, with Orjan Nyland taking his place in goal for his first appearance of the season.

The hosts were unable to take advantage of Steer’s early withdrawal until just before the break but did they boss proceedings in the opening exchanges.

Jimenez should have opened the scoring midway through the first half but he fired wide when well-placed. The Mexican nearly scored a sensational individual goal just before the half-hour mark after jinking his way through the Villa defence but he again missed the target having done all the hard work.

Wolves were able to take a deserved lead into the break as Neves fired home into the bottom right corner from 18 yards after being picked out by Joao Moutinho’s clever free-kick, which bamboozled the Villa defence.

Adama Traore was denied by the crossbar, while Jimenez and Diogo Jota also missed decent chances before Wolves got the second goal they ultimately needed with six minutes of normal time remaining.

Traore managed to pick out Jimenez and his right-footed effort doubled Wolves’ advantage.

Trezeguet’s sweet strike from the edge of the area halved the deficit but it was too late to be anything more than a consolation effort for the visitors.

Wolves move up to eighth spot thanks to the win and they are just one point adrift of Sheffield United in fifth, while Villa remain 17th and are three points clear of danger.