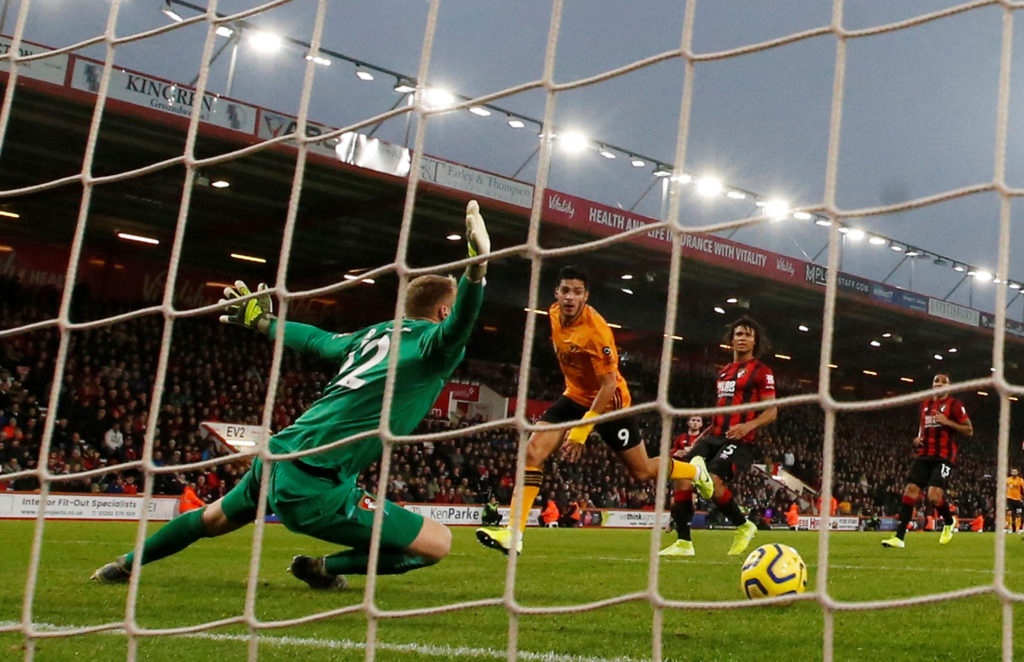 Wolves captain Conor Coady has described team-mate Raul Jimenez as a "sensational footballer" after another star turn on Saturday.

Jimenez joined the club on an initial loan deal in the summer of 2018 and wasted little time making his mark at Molineux.

The Mexican netted 17 times in all competitions last term, a tally that helped earn him Wolves’ Players’ Player of the Season for 2018-19 after impressing with his all-round game.

After it was announced he had signed on permanently in March, the 28-year-old has kicked on and has 14 goals already in the 2019-20 campaign.

The latest came on Saturday as his side won 2-1 away at Bournemouth – a result that moves Nuno Espirito Santo’s men up to fifth in the table.

After a poor start to the season, they have lost just one of their last 13 and seem to be on a real roll.

Thursday sees them head to Portugal to take on Sporting Braga in the Europa League, with the pair both knowing a point will see them qualify from Group K.

Nuno’s small squad means both Coady and Jimenez are set to feature at the Estadio Municipal and they will be looking to maintain their momentum, with winnable games against Sheffield United, West Ham and Brighton to come in the foreseeable future before rounding off the Europa group stage against Besiktas on December 12.

The skipper is clearly in awe of his club’s number nine, believing that everything he does comes with a touch of class.

“I’m glad I don’t have to mark him, I’m glad he’s on my team,” Coady is quoted as saying by the Express & Star. “He is a sensational footballer. We were training on Friday and he does things in training you just do not expect people to do.

“He just hears a shout and can find people or score goals from unbelievable positions.”