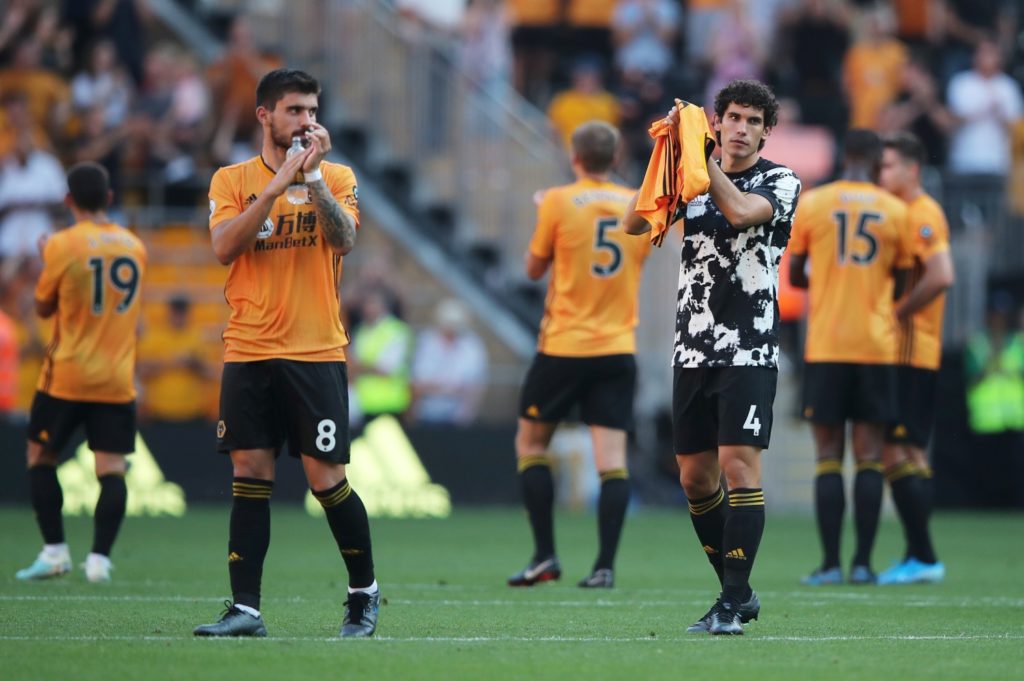 On-loan flop Jesus Vallejo could be set to join La Liga side Leganes after it was confirmed he will be leaving Wolves in January.

Molineux chief Nuno Espirito Santo has already admitted the loan spell did not go to plan and the 22-year-old defender will not be staying in the West Midlands for the remainder of the 2019-2020 campaign.

The former Spain Under-21 stopper moved to the club from Real Madrid in July last year, making his competitive debut in a 4-0 home win over FC Pyunik in the third qualifying round in the UEFA Europa League in August.

His first Premier League outing came in a 5-2 home loss to Chelsea on September 14 but, with just one more league outing under his belt and seven appearances in total, it seems as though his days at the club are now numbered.

Marca reported at the end of 2019 that the centre back has many suitors in his homeland and Germany, with Wolfsburg one of the Bundesliga clubs said to be keen.

Jesus Vallejo back to Real Madrid. ✅

Nuno Espirito : "He probably is going because he wants to play. He's a young and talented player that we brought here with high expectations but it didn't work out." pic.twitter.com/AZkUXyyLn3

However, a report by Mundo Deportivo now claims Spanish top-flight strugglers Leganes are keen to add him to their ranks before the month is out.

It is thought that Real would prefer the Zaragoza-born youngster to move to Leganes as he would see more game time at Estadio Municipal de Butarque.

Los Pepineros are in need of a boost as they sit 19th of the 20 La Liga teams at present, with only 14 points from 19 games played.

However, there is still time for Javier Aguirre’s men to pull themselves clear of danger, with Mallorca and Celta Vigo both just one point better off.

It remains to be seen if Vallejo joins to help the cause but he has almost certainly kicked his last ball in black and gold after failing to impress, with Nuno eyeing new defenders.