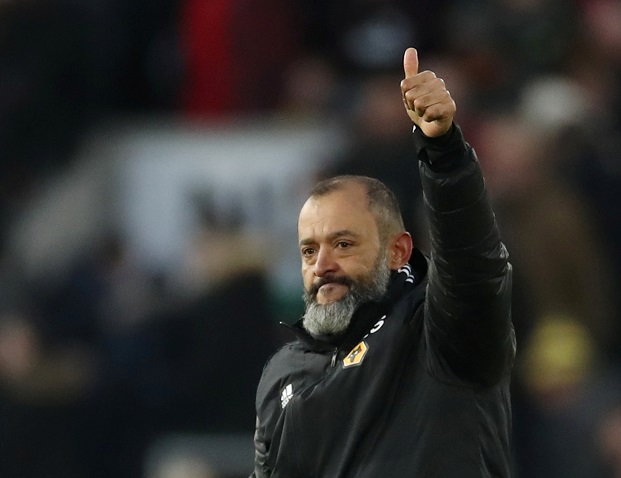 Wolves boss Nuno Espirito Santo says they must bring in reinforcements during the January transfer window following another game without a win.

Wolves have had another outstanding season in the Premier League so far. Even more spectacular than last season if you take into consideration Nuno’s men have also had to deal with the extra workload of playing in the Europa League.

However, there are now one or two signs that the amount of games are starting to take their toll, and new players will be needed to boost the squad before the transfer window closes at the end of this month.

Wolves were held to a 1-1 draw by Newcastle on Saturday to extend their winless run to four games, and Nuno is keen to address the situation as soon as possible.

The club have allowed Patrick Cutrone to join Fiorentina while Jesus Vallejo will return to Real Madrid this month, creating two spaces in the squad for starters.

Willy Boly and Diogo Jota remain injured and Nuno – who has used just 19 players in the Premier League this season – realises the need for new signings.

“It’s obvious that we must bring players,” he said following the Newcastle clash. “It was not the best game, it was difficult, not many spaces, but the final delivery should be better.

“We are working and hopefully things work out and we can solve it. We need solutions, we need more than specific positions, players that can bring us different situations, that can help us in these kind of games.”

Nuno refused to blame tiredness for the draw, with Wolves needing Leander Dendoncker’s leveller to cancel out Miguel Almiron’s opener.

Matty Longstaff cleared Matt Doherty’s close-range effort off the line just after the break – the closest Wolves came to winning, as they remain seventh in the Premier League table.