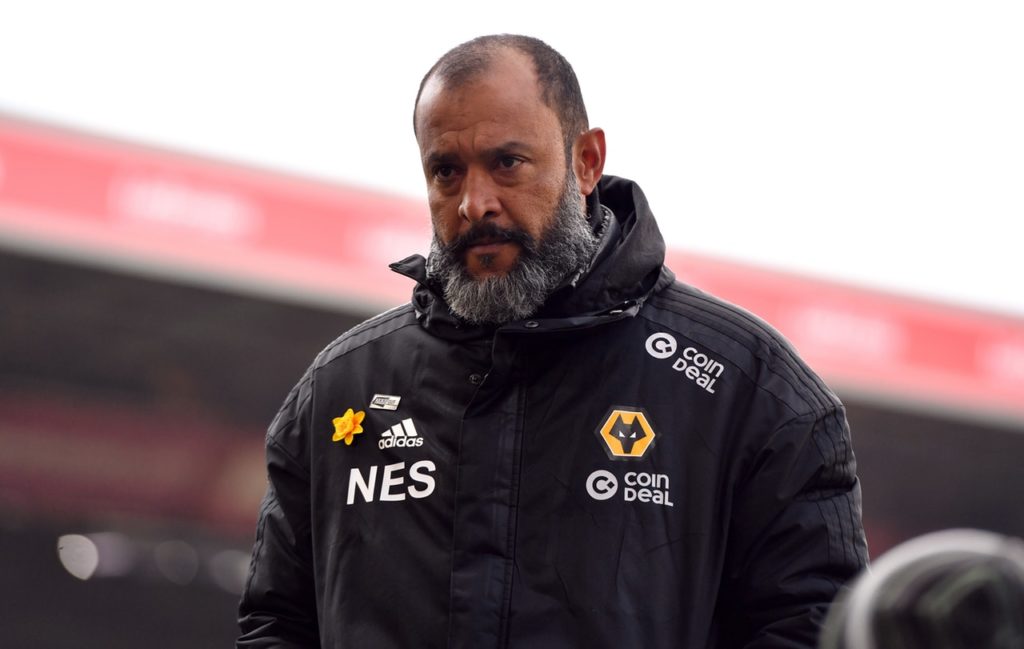 Nuno Espirito Santo says he was left frustrated by Wolves' FA Cup defeat to Manchester United, while he also has fresh injury concerns.

Wolves suffered an early exit from this year’s FA Cup after they were beaten 1-0 by United in Wednesday’s third-round replay at Old Trafford, with Juan Mata scoring the only goal of the game midway through the first half.

Both sides had chances during what was a keenly-contested tie, with Wolves’ Pedro Neto seeing a goal ruled out by VAR during the first period after the technology found that Raul Jimenez had unintentionally handled the ball in the build-up.

Pedro Neto has the ball in the back of the @ManUtd net after Wolves win the ball high up the pitch but VAR rules the goal out for a handball in the build-up.#MUNWOL

That certainly added to Nuno’s frustrations after the match although he feels they could not have done any more to extend their stay in the competition.

“It’s frustrating because we go out of a competition that we value, but the way we did it, the how is more important because I think we can make ourselves proud, the fans enjoyed until the end, so let’s keep on going,” the Portuguese told reporters.

Wednesday’s match was already Wolves’ 38th of the campaign across all competitions and they emerged from the contest with injury concerns over Adama Traore and Ruben Vinagre.

In-form winger Traore was replaced during the second half with an unspecified problem although Nuno does not believe the issue is too serious.

However, he was less positive regarding Vinagre, who appeared to sustain a hamstring injury on the stroke of full-time.

“(Traore) he’s ok,” Nuno confirmed. Regarding Vinagre, he added: “Let’s assess him, he made a sprint and felt something, but let’s assess him.”

Wolves now turn their attention back to Premier League action when they travel to St Mary’s Stadium to take on in-form Southampton on Saturday.