Podence could play in derby before sealing Wolves move 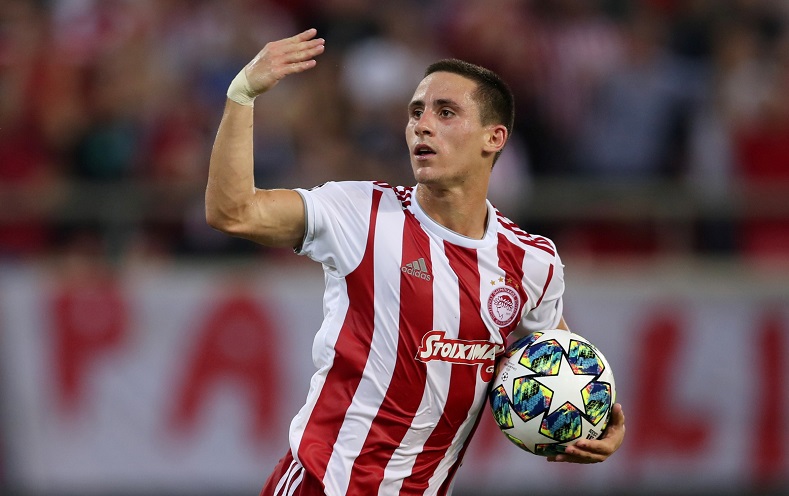 Daniel Podence is set to play one final game for Olympiakos before flying to England and sealing his transfer to Wolves for around £19million next week.

Podence has been named in Olympiakos’ squad for their derby date with AEK Athens on Sunday – where he is expected to say his final farewell to the club’s fans.

The Portuguese winger is due to fly out of Greece after the match and head to Wolverhampton for a medical as he looks likely to become the first of potentially two late additions to Nuno Espirito Santo’s squad in the January transfer window.

Wolves and Olympiakos are understood to have agreed terms over the deal, which makes it seem slightly strange that the player is being allowed to risk injury in Sunday’s clash with AEK.

At his Saturday press conference, Olympiacos coach Pedro Martins refused to confirm the player’s departure and, when asked if Podence would play in the derby, replied that “all players in the squad are available”.

Portuguese newspaper O Jogo claimed that Podence, who set up a goal against Tottenham Hotspur in November, was on his way to Wolves for a medical on either Sunday or Monday.

They state that ‘theoretically, there is a possibility of Podence staying in Piraeus’ but claim to know that the transfer has only not yet been confirmed because of ‘bureaucratic issues’.

Surprise surprise Podence will not be going to England just yet. He is in the squad for tomorrow’s big derby game against AEK. Podence has mentioned he wants to play in the derby. pic.twitter.com/tSjqNJbm48

The 24-year-old wideman, who cost Olympiakos just 3m euros when he signed from Sporting Lisbon in 2018, has reportedly agreed a four-and-a-half-year contract at Molineux.

Wolves are also still in negotiations with AEK over a deal for ex-Norwich City striker Nelson Oliveira, although their bid of £6million was rejected by the Athens club.

The 28-year-old, who also has experience from spells at Nottingham Forest and Reading, has scored nine goals in the Greek Super League this season and was also named in the AEK squad for Sunday’s clash.