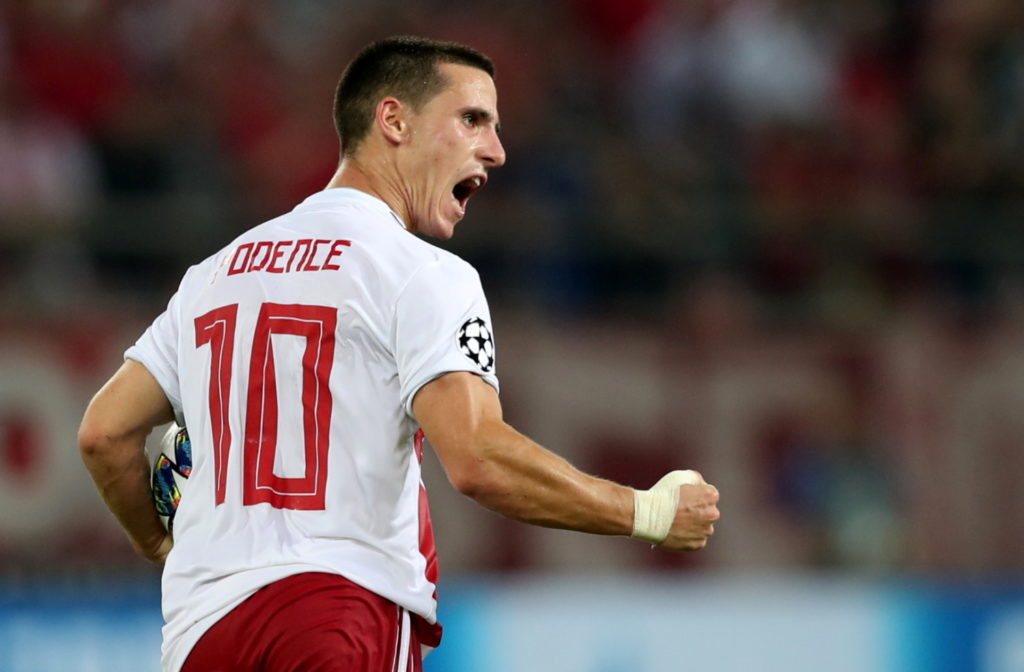 Winger Daniel Podence says it is a “dream come true” after penning a four-and-a-half-year contract with Wolves.

Wolves have reportedly handed Olympiacos a fee in the region of £17million to sign the highly-rated winger, bringing to an end weeks of negotiations.

Podence becomes Wolves’ fifth signing of the January window but is the only player drafted in that will link up with the first team.

Other new arrivals Justin Hubner, Leonardo Campana, Nigel Linwijk and Enzo Loiodice have been added to the under-23s squad.

The 24-year-old leaves Greek giants Olympiacos after making 68 appearances following his move from Sporting Lisbon in the summer of 2018.

The Portuguese boss recently admitted that his squad was feeling the impact of competing on multiple fronts as they continue to plug away in the Europa League.

The winger will compete with the likes of Adama Traore, Diogo Jota and Pedro Neto for a starting role at Molineux and could make his debut against Manchester United on Saturday.

Podence told Wolves’ official website: “Wolves are a team with a big project, with ambitious goals to look forward to, where I’ll get to meet former teammates with whom I had the pleasure to play with in the past and I hope to be very successful here.”

Podence’s move to the West Midlands club sees him link up with some familiar faces after previously playing alongside Rui Patricio, Ruben Neves, Jota and Joao Moutinho.

He adds to the large contingent of Portuguese players at Wolves and feels that familiarity should help him to settle.

“I think that’s going to be a big help for me to adapt to English football, which is challenging and it’s really good to have well known faces around,” He added.