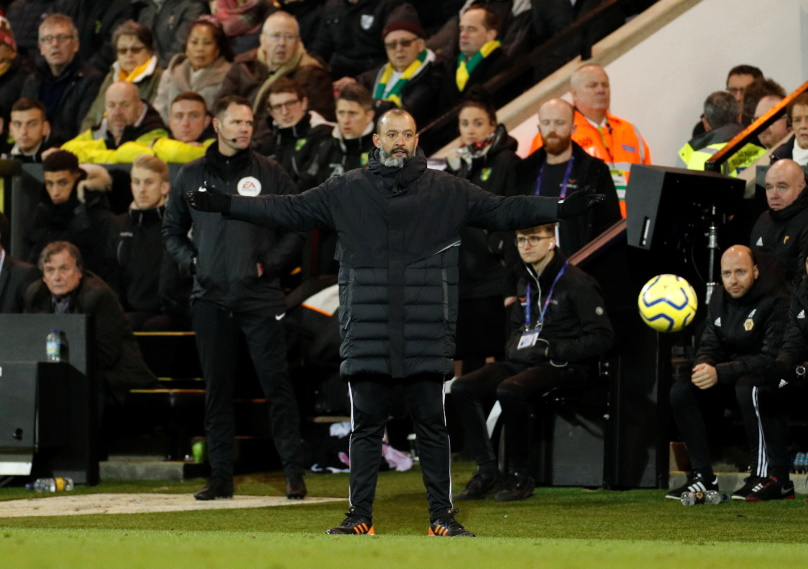 Wolves have enjoyed an excellent season to date but why have they drawn so many top-flight games?

Nuno Espirito Santo’s side were a breath of fresh air when they were promoted to the Premier League for the 2018-2019 campaign and finished seventh in the standings to qualify for the Europa League.

The West Midlanders won 16 of their 38 league games that season but are on track to get nowhere near that figure this time around, with just eight so far.

They have recorded 12 draws while Nuno’s side also needed a replay after drawing 0-0 with Manchester United in round three of the FA Cup.

They are now out of that competition and the Carabao Cup as well, but not before another stalemate – this time against Reading –  in the third round of that event which was finally settled in Wolves favour on penalties.

Much was made of the club’s workload in 2019-2020, with six Europa League qualifying matches in July and August just to get into the group stage of Europe’s second-tier competition.

The boss has constantly played down fatigue issues but it seems inevitable that tiredness has played a part in a lack of victories this term.

Four draws and two losses in their first six Premier League matches seemed to set the tone but they showed their class to do the double over champions Manchester City while also picking up wins against struggling teams such as Watford, Aston Villa, Bournemouth, West Ham and Norwich.

Nuno has made the men in gold and black the proverbial ‘hard to beat’ team and they again showed resilience to hold high-flying Leicester City to a goalless draw on Friday night at Molineux.

The Europa League kicks back in this week, with Wolves hosting La Liga outfit Espanyol in the first leg of their last-32 tie on Thursday evening.

Another big week ahead.

Despite a lack of wins, the number of draws picked up means that they are seventh in the table and pretty much safe in the league already, with a decent chance of securing European football once again next season.

Should Nuno’s charges enjoy a run to the latter stage of the Europa League it would prove he was right to maybe take a more conservative approach to some of the league games and settle for a point.

Win it, and the Portuguese tactician would be lauded even more for the way he has managed a tough campaign that began way back on July 25 when Northern Ireland’s Crusaders were beaten 2-0 while other clubs were enjoying pre-season.