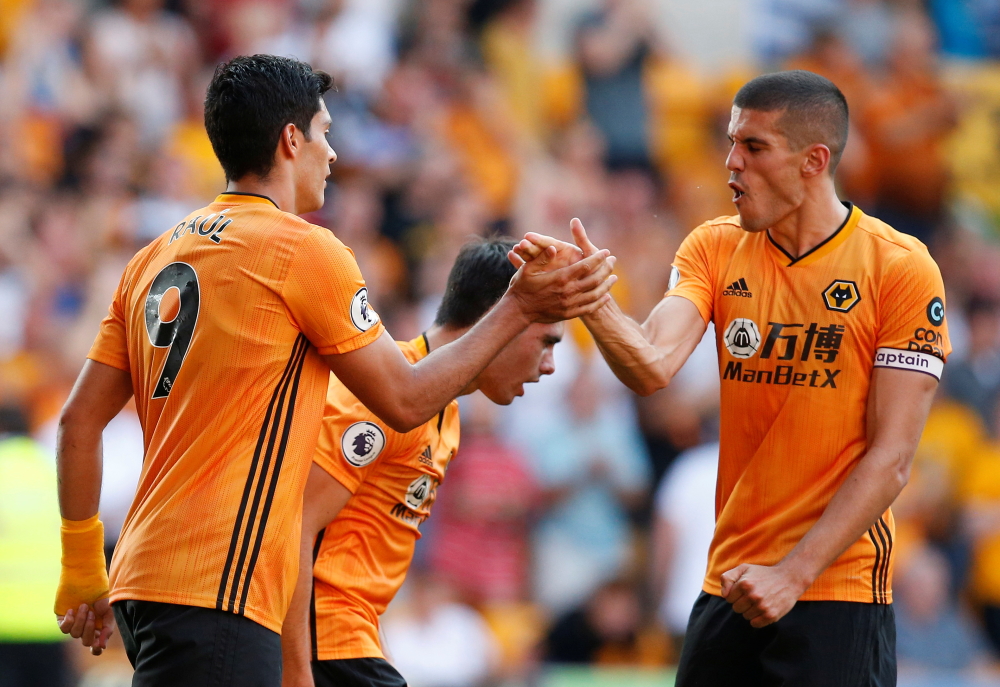 Wolves captain Conor Coady says the players are desperate to see Raul Jimenez stay at Molineux amid reports of a potential summer move.

The Mexico international has been sensational since joining on loan from Benfica in the summer of 2018, netting 17 goals in his maiden campaign in English football.

Wolves waited little time to smash their transfer record following his successful loan stint to sign Jimenez on a permanent deal, paying out £32million for his services and securing him to a contract until 2023.

The 28-year-old has managed to kick on this season and has already surpassed his tally for the previous year, notching for the 22nd time in all competitions in last Sunday’s 3-2 victory over Tottenham.

🇲🇽 Raul Jimenez has been one of the best strikers in Europe this season. His winner yesterday against Tottenham was a beauty. Jota deserves a lot of credit as well. Class goal. 🐺🔥 pic.twitter.com/CbiwzIJ3rA

His exceptional form in front of goal, coupled with his work-rate and hold-up play, has resulted in several of Europe’s big boys taking a close look at the former Atletico Madrid man.

His old club Atleti are thought to be among his admirers – as they seek a long-term replacement for Diego Costa – and are ready to spend big on a player who only scored once in 28 appearances during his single season in Madrid in 2014/15.

Real Madrid are also reported to be big fans, according to the Spanish press, while Manchester United and Arsenal have been mentioned in connection with Jimenez.

It has been suggested Wolves would consider offers in the region of £70million for the striker although Coady hopes the board don’t take the chance to cash in on their top goalscorer.

Coady believes this is a special time for the club, with Wolves having reached the last 16 of the Europa League, while they are also in the mix to qualify for the Champions League next season.

He says they need to keep hold of players like Jimenez to take the next step in their development.

Coady told the Express and Star: “He improves his all-round game. He’s a fantastic footballer and a huge asset for the club.

“He’s a sensational footballer. To have him at this club is brilliant and hopefully we can keep him for many years.”