Nuno not making excuses as Wolves held in Athens 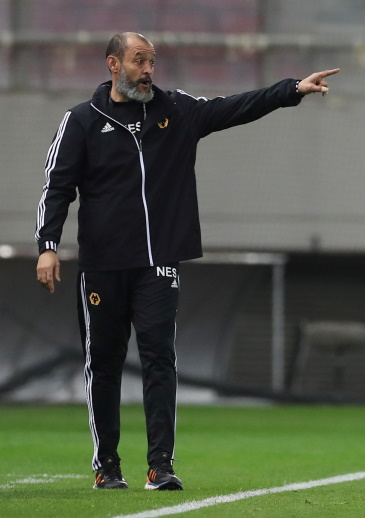 Pedro Neto’s deflected strike earned Wolves a 1-1 draw in the first leg of their Europa League last 16 tie in Athens, which puts them in a good position for the return leg.

Ruben Semedo was sent off in the first half for the hosts but Youssef El Arabi put them ahead after the break, before Nuno’s men hit back.

Wolves had asked UEFA to postpone the game – an appeal which was rejected – after Olympiakos owner Evangelos Marinakis announced he had tested positive for coronavirus on Tuesday.

The game was already being played behind closed doors at the Karaiskakis Stadium due to the Covid-19 outbreak.

Wolves were confused over why they were forced to play by UEFA and they struggled to overcome a team who played over 60 minutes with 10 men but Nuno insisted it was not because of off-field issues.

He said: “No, let’s be fair to everyone. During the game it was not that feeling. They were focused and organised. Olympiakos are a very good team.

“The game stays with me because I have to work on it and analyse it. It’s very tough, at the beginning of the game it was strange, the energy levels – it was missing someone to push. It was not a very good game.”

Semedo was dismissed during a scrappy first half after he fouled Diogo Jota as the striker threatened to break clear. But El Arabi opened the scoring nine minutes after the break, tapping in Guilherme’s cross.

Wolves are due to travel to West Ham in the top flight on Sunday, although the Premier League will hold an emergency club meeting on Friday regarding fixtures after Arsenal boss Mikel Arteta tested positive for coronavirus.