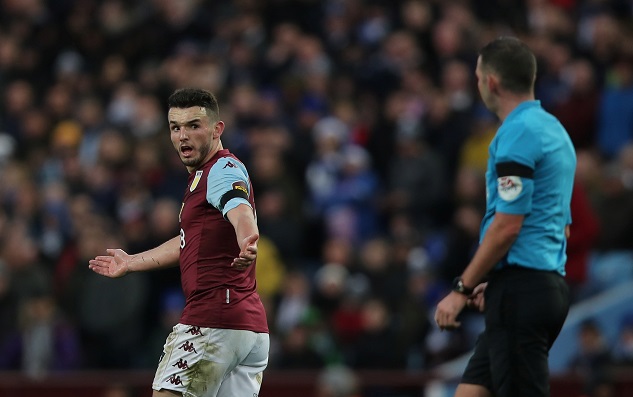 McGinn joined the Villans from Hibernian in the summer of 2018, turning down the advances of boyhood club Celtic in a bid to fulfil his ambition of playing in the Premier League.

The decision proved a shrewd one as he played a vital role in helping Dean Smith’s men win promotion from the Championship at the first time of asking.

He carried his form into the top flight, with his performances providing plenty of positives in a tough campaign for Villa after a busy summer in the transfer market.

However, McGinn has not played since fracturing his ankle early in December’s 3-1 home defeat to Southampton and with him on the road to recovery, Smith’s side have clearly missed him.

That is not to say his stock has fallen and with his team sat 19th in the table, other Premier League clubs are monitoring his situation should Villa fail to beat the drop.

The 25-year-old netted on his Premier League debut against Tottenham in August and has managed 10 goals in 26 appearances for club and country this season.

Reports suggest Nuno is one of those considering a summer bid as he aims to add a fresh option in midfield.

With first-choice central pair Joao Moutinho and Ruben Neves more in the playmaker mould, the 46-year-old is thought to be looking to add legs in his midfield.

Last week we reported that Olympiakos’ Mady Camara is on the radar but Nuno maybe looking closer to home.

Around 13 miles separate Molineux and Villa Park and if his club are relegated and he wants to stay in the Premier League, McGinn may fancy a move that doesn’t cause upheaval in his life away from the field.

Villa may be open to selling some of their assets to balance the books should they go down and Nuno is expected to push for a deal if encouraged.