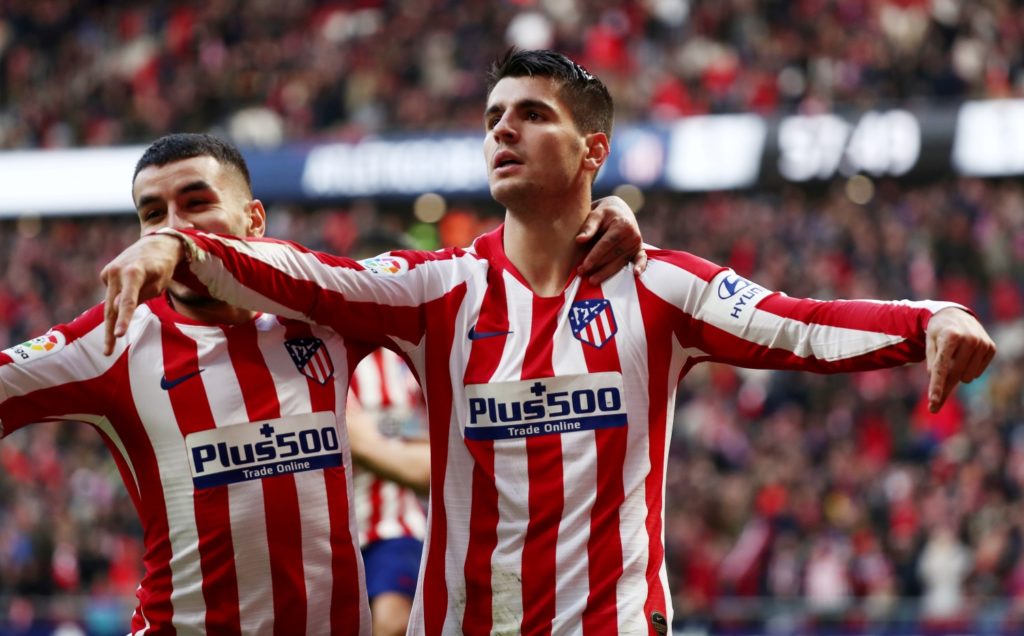 Atletico Madrid’s Alvaro Morata admits his team-mates' lack of faith dented his confidence during a poor spell at Chelsea.

The 27-year-old moved to Stamford Bridge from Real Madrid in the summer of 2017 for a club-record fee of £60million, with big things expected of the Spain international.

However, he failed to deliver the goods, with 24 goals from 72 appearances in all competitions, while he was never a regular starter in the Premier League, netting just 16 times.

It was decided to let him move to the Spanish capital on an 18-month loan deal in January and the former Juventus hitman enjoyed a decent start to life at Wanda Metropolitano, with six goals from 15 outings during the second half of last season.

Chelsea flop Alvaro Morata reveals he struggled to cope with the 'pressure' in the Premier League https://t.co/jenmex9xcB

He has bagged seven so far this term and seems much more at home in his present surroundings, something his comments seem to back up.

“I’m happier now,” he told COPE radio. “It wasn’t a good time in my football life, I’d stopped enjoying it. At times I didn’t believe in myself.

“I was playing some games in England and I had the feeling that when I got into space, my team-mates looked at me and I knew they thought I wouldn’t do anything good with the ball.”

Morata’s goals have helped Atletico up to third in the La Liga standings, level on 24 points with fourth-place Sevilla and just one behind the big two of Barcelona and Real Madrid.

It remains to be seen if they can sustain their challenge and a fit and happy Morata will certainly help in that regard.