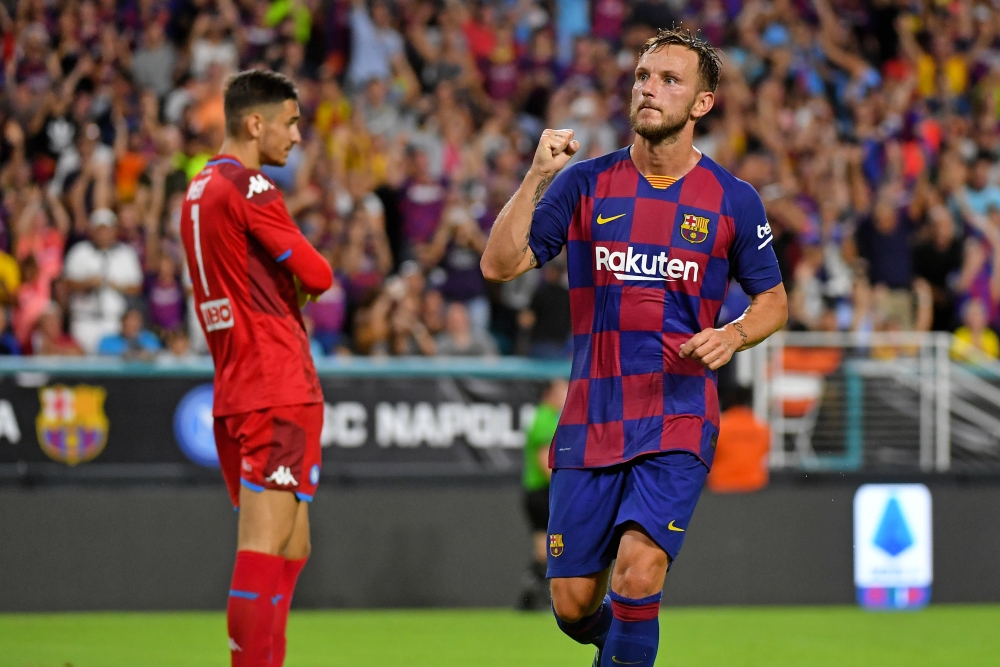 Atletico Madrid are the new frontrunners in the race to land Ivan Rakitic from Barcelona.

Rakitic is understood to have snubbed the chance to leave Camp Nou during the summer after the Catalan giants landed Frenkie de Jong from Ajax as he was keen to fight for a starting spot.

The Croatian has struggled for game time, though, with just one start and seven appearances in total in La Liga, and is now more open to the idea of a move in the build-up to the January transfer window.

Premier League pair Manchester United and Arsenal have been linked in the past but over the last few weeks and months Italy has looked to be his most likely destination.

Serie A champions Juventus have been linked at regular intervals, while Inter Milan and AC Milan are also understood to be keen.

However, it appears as if Rakitic will also be able to continue his career in Spain if he wanted as Atleti are willing to match Barca’s asking price.

Los Colchoneros are prepared to pay the Catalan club’s €40million asking price and are confident they will be able to finalise a deal in the January window.

Barca would probably prefer to sell Rakitic to a non-Spanish club rather than a direct rival but ultimately it may come down to the player’s preference.

The 31-year-old is in his 10th season in Spain and spent four years at Sevilla before making the move to Barca in 2014.