Partey urges Atletico Madrid to move on after shock defeat 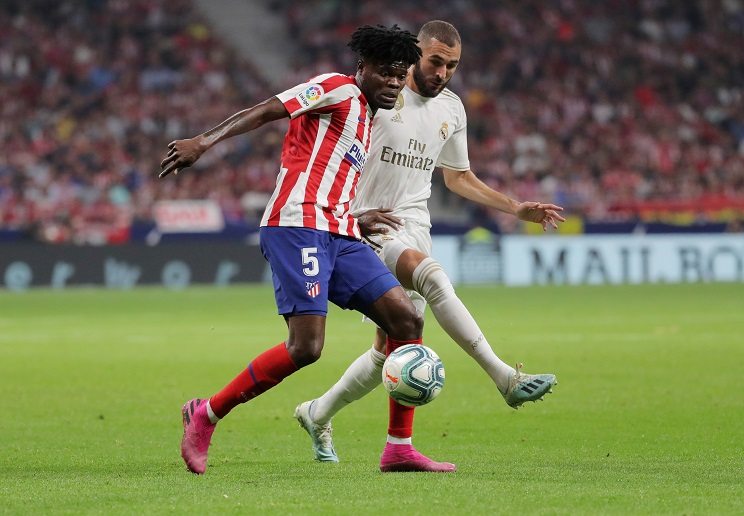 Atletico Madrid midfielder Thomas Partey has urged his team-mates to move on after they suffered a shock 2-0 defeat to Eibar on Saturday.

Diego Simeone’s men lost their second game in succession, with their title hopes now up in the air after a lacklustre display.

Atletico went into the game on the back of their Spanish Super Cup defeat to Real Madrid, and Simeone’s side looked like they were suffering from a hangover.

Eibar cruised to victory thanks to goals from Esteban Burgos and Edu Exposito, as Atletico fell to their third defeat of the season.

Partey insists his team could not have done anymore and he has urged the squad to bounce back against Cultural Leonesa in the Copa del Rey.

“The team has been competing well, and we tried everything we could tonight.”

Atletico are now eight points behind Barcelona, while Real sit five in front in second. Sevilla remain level with Simeone’s side, with the Argentinean admitting his team struggled on their travels.

He added: “Ipurua has always been tough, even when we won here the games were tight. In the second half we played well. We played in the opposition’s half and chances to score, but were unable to convert.”

Atletico are back in league action on Sunday when they entertain Leganes before the mouthwatering clash with Real at the Santiago Bernabeu on February 1.