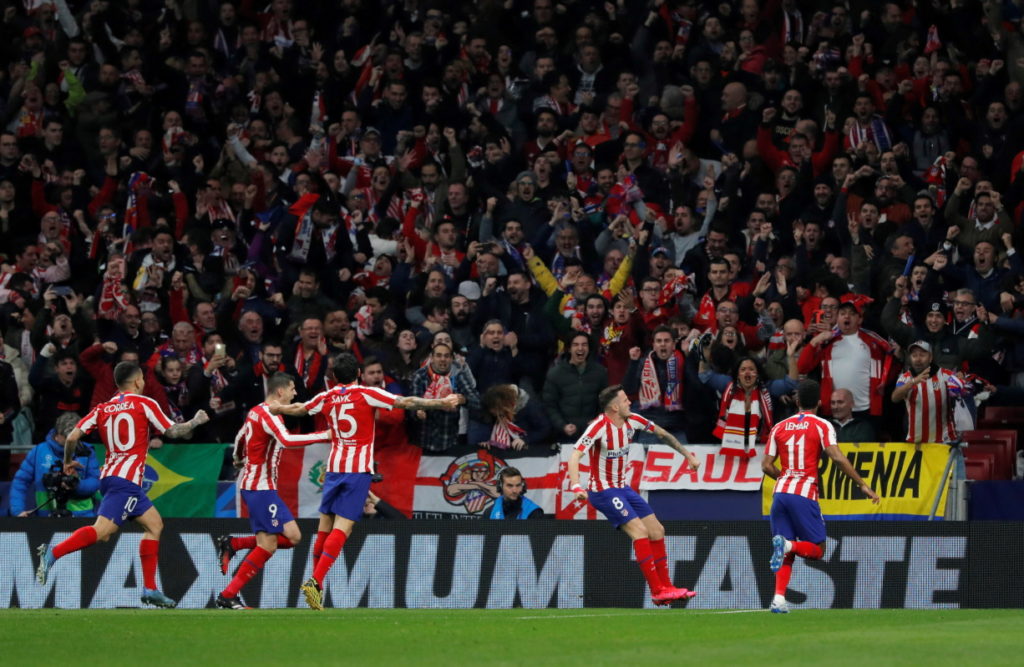 Liverpool boss Jurgen Klopp has warned Atletico Madrid they will be in for a hostile atmosphere when they head to Anfield in the Champions League.

Saul Niguez scored the only goal of a dour last-16 contest at the Wanda Metropolitano Stadium on Tuesday, leaving the current Champions League holders needing a turnaround in the second leg in three weeks’ time.

Anfield has played host to many famous European nights, the greatest of which arguably came last season as Liverpool overturned a 3-0 deficit against Barcelona in the semi-finals.

The Atletico crowd certainly played their part in a ferocious atmosphere in the Spanish capital and Klopp now wants Reds to produce their own version.

The German said: “The crowd wanted to help their team tonight. That makes it a very emotional game.

“Emotions are important. Tonight they were obviously completely on the side of Atletico but I am really looking forward to the second leg.

“We speak from time to time about the power of Anfield and the power a stadium can have, tonight you saw that.”

Niguez struck after just four minutes as Liverpool failed to clear a corner. It was one of a number of openings the hosts created early on as the Merseysiders made an unusually shaky start.

The side that have won 25 of their 26 Premier League games this season were then made to pay the price for their sloppiness as Atletico retreated to spend most of the rest of the game sitting back.

Klopp had did not have much issue with those defensive tactics but he and his players grew increasingly irritated by time-wasting and other acts of gamesmanship.

“It was difficult for the referee to deal with the atmosphere but after 30 minutes three Atletico players were already on the ground without being injured,” Klopp added. “The ref just needs to feel that game a little bit more.”