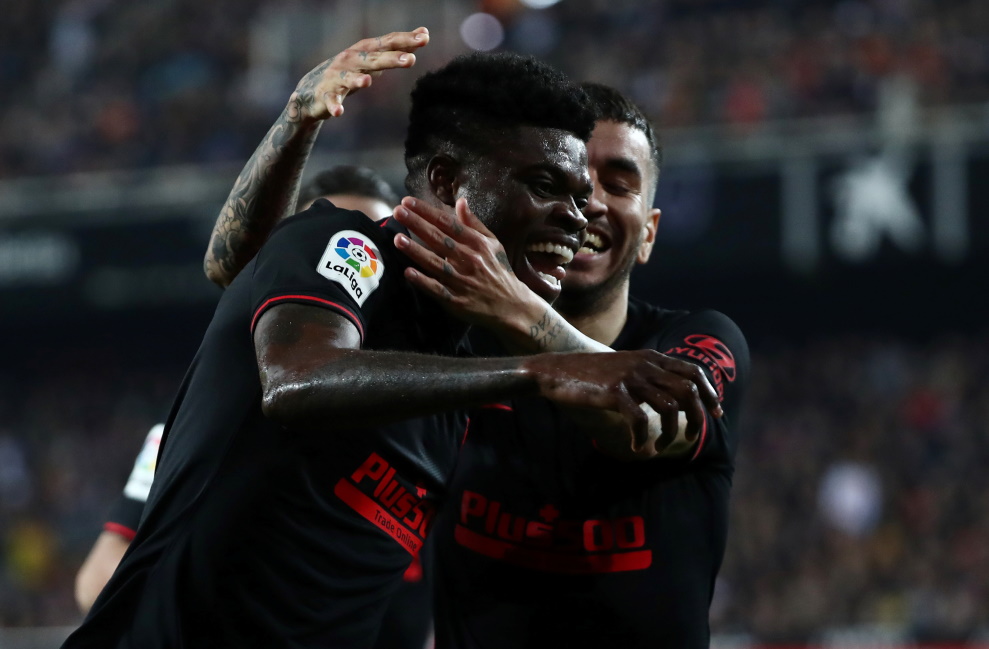 Arsenal have been urged to snap up Atletico Madrid star Thomas Partey quickly as they search for new midfield talent.

Atletico remain in a strong position as Partey is tied to a contract until the summer of 2023, but that will not stop clubs from trying to lure him away in the next window.

The Ghana international has been a revelation since joining Atletico, establishing himself as a key player in Diego Simeone’s side, and his form has not gone unnoticed at the Emirates Stadium.

Partey has again played 35 games so far this season and impressed as Atleti knocked Liverpool out of the Champions League last week.

Gunners boss Mikel Arteta is in the hunt for a new midfielder this summer and Partey is said to be at the top of his wanted list. Former Newcastle and Portsmouth goalkeeper, and now TV pundit, Shaka Hislop, thinks it would be a great signing and has urged the Gunners to move fast.

“Thomas Partey has been outstanding for the last two years at the very least,” Hislop told ESPN FC. “If you’re Arsenal and you can somehow prise Partey away from Atletico Madrid, absolutely you do it all day every day.

“He sits in front of the back four, I’m still not sure that there are many better box-to-box midfielders in the game. If you get this done, do it now, do it quick.”

Atletico will fight to keep hold but and Partey is said to be happy where he is, but that will not stop Arsenal from making an approach.