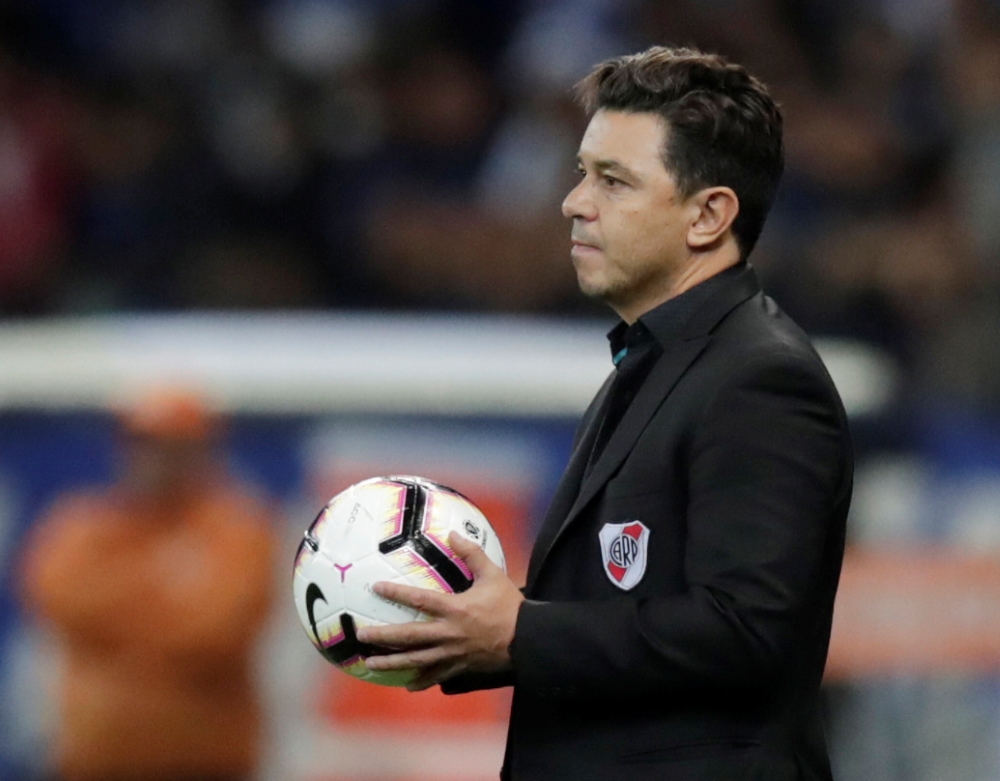 River Plate head coach Marcelo Gallardo has played down the possibility of taking over at Barcelona amid mounting speculation over Ernesto Valverde's future.

Barca have made an unconvincing start to the season and were knocked off top spot in La Liga last weekend by Real Sociedad after the reigning champions slumped to a 3-1 loss at Levante.

The Catalunya outfit followed that shock defeat up by being held to a goalless draw by Slavia Prague at the Nou Camp in the Champions League.

After both matches, Valverde was forced to deny reports he is ready to step down but there is increased speculation over the ex-Athletic Bilbao boss walking away at some point this season.

The latest reports in the Spanish press suggest Valverde will quit at the end of the campaign – if he’s not pushed before then – with Gallardo one of the names shortlisted to replace him.

The 43-year-old has been in charge of Argentinian giants River Plate since 2014 and in that time they have twice claimed the Copa Libertadores, the most prestigious club tournament in South American football.

The Argentine tactician has a chance to add a third Libertadores crown to his CV later this month, with Brazilian outfit Flamengo set to oppose them in the final.

River’s sporting director Enzo Francescoli has admitted he is prepared to lose his coach in the near future, believing Barcelona is a realistic possibility.

🗣️ — Andrés Iniesta (On Marcelo Gallardo): “In a club like Barcelona, ​​the names of big coaches are often commented on. Gallardo, who is doing a sensational job, or Xavi, who is starting, any of them could one day have the spot. ” pic.twitter.com/PwpAtdNg49

However, Gallardo claims he’s heard nothing regarding a switch to the Nou Camp and is focused on the job at hand.

“No party came forward to start a conversation, especially knowing that we are in a very important phase for our club, playing decisive matches,” Gallardo said.

“I can’t echo the rumours,” he added. “No one came to suggest a meeting or analysis of what to do in the future. This is not the time for that.”