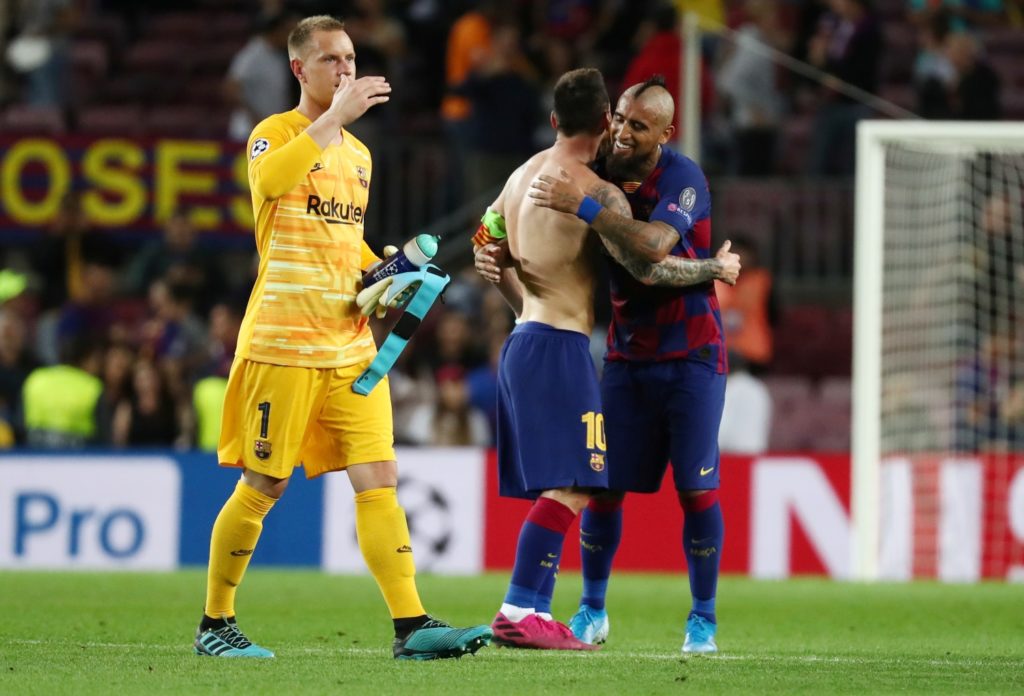 Goalkeeper Marc-Andre ter Stegen has defended his criticism of Barcelona’s displays this season that drew ire from manager Ernesto Valverde.

Barca are sitting pretty at the top of the La Liga standings but have not dominated proceedings as in previous seasons.

Rivals Real Madrid are level on 25 points, while Atletico Madrid and Sevilla are just a point behind, with Real Sociedad sitting on 23.

The Catalans have already lost three of their 12 Spanish top-flight games and it has been far from vintage at times.

Valverde did not take kindly to the 27-year-old’s words that they need to be more ruthless in front of goal, making it clear any criticism should be kept behind closed doors.

However, the former Borussia Monchengladbach custodian will not be kept quiet.

Now away with his national side for a Euro 2020 qualification double-header against Belarus and Northern Ireland, he backed up his words to German newspaper Bild.

“It is always important to be self-critical,” he said. “That should be the case after every game, regardless of whether you win. If improvements can be made, we must acknowledge them.

Following Saturday’s 4-1 victory over Celta Vigo, the Nou Camp outfit will return to action at Levante on November 23 before a home clash with Borussia Dortmund in the Champions League.