Rakitic happy to remain at Barcelona 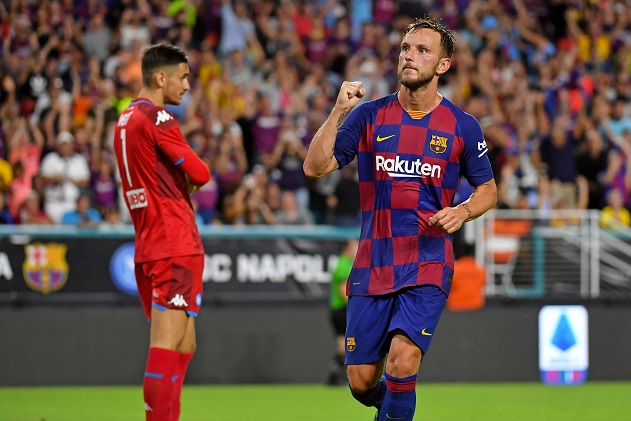 Ivan Rakitic has described Barcelona as “the perfect place” despite constant speculation surrounding his future.

The Croatian midfielder did look like his days were numbered at the Nou Camp just a few weeks ago having lost his place in Ernesto Valverde’s team.

He has been linked with moves to Juventus and Inter Milan in Serie A as well as Manchester United in the Premier League.

However, he has fought his way back into first team and is now appearing to get back to his best form.

Rakitic has been a key player for Barcelona since his move to the club from Sevilla in 2014.

He has helped them win four La Liga titles in his spell at the Nou Camp as well as the Champions League in 2015 following their win against Juventus in 2015.

The arrival of Frenkie de Jong put his place under threat but now the 31-year-old has displaced the young Dutchman and says he is happy to be playing once again despite speculation being rife in recent weeks.

“Lots of things have happened in the last few months,” Rakitic explained. “Sometimes, things happen that you can’t understand, but you have to accept it.

“It’s happened to me. No one gives you anything. I want to give my all and if I can play here then I’ve always said that there’s no better place than Barcelona to keep winning trophies, it’s the perfect place for me.”

The Catalan side are top of the table on goal difference after winning their last four matches.

They are also in contention in the Champions League having qualified for the last 16 following their 3-1 defeat of Borussia Dortmund.