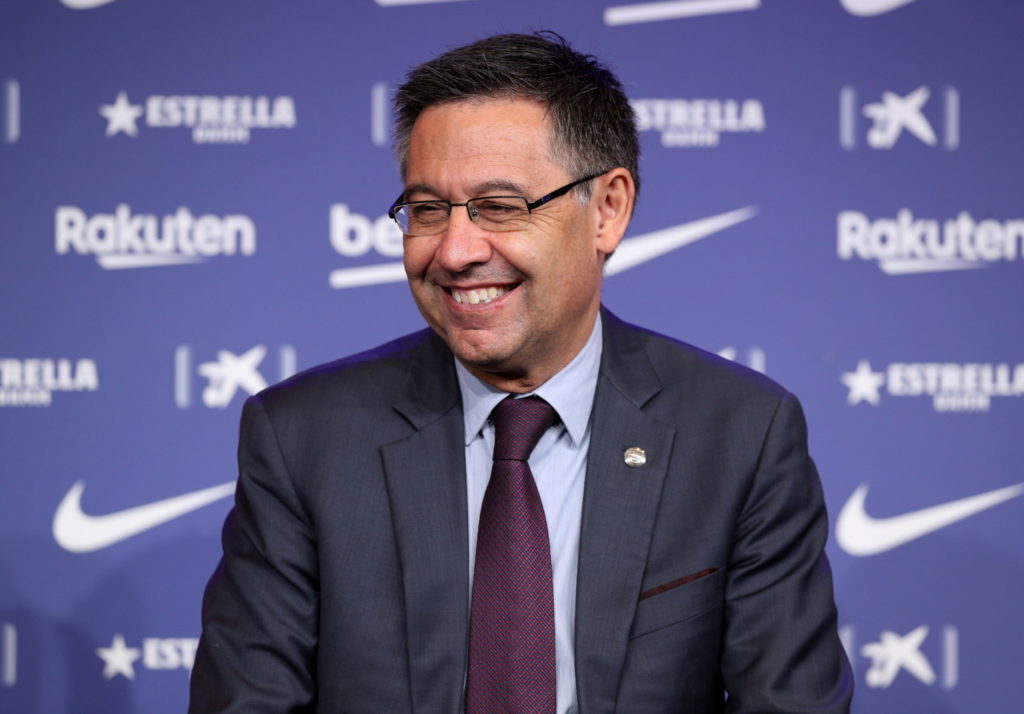 Barca currently lead the way in La Liga, ahead of Real Madrid on goal difference, despite yet hitting their best form.

It’s unlikely the board will sanction any further business in January as they look to stay within the Financial Fair Play regulations.

Reports have suggested that a few players could be on the way out after underperforming but Bartomeu has rubbished those claims.

The Barca president insists they have a very finely balanced squad and feels departures could leave them short for the second half of the term as they look to compete on multiple fronts.

“We are not expecting any movement in January,” Bartomeu told La Repubblica. “We have a balanced squad; we don’t miss anything, but we can’t afford to lose anyone.

“It has happened several times to me already [a player showing a desire to be transferred]. Never in January, but at the end of the season. In some cases, we let them go. Other times, we convince them to stay.”

Bartomeu’s comments won’t be welcomed by Inter Milan who have been heavily linked with a move for midfielder Arturo Vidal.

The Chilean has played 11 times in the league this term, starting three times, and it’s understood he is unhappy with his gametime.

Inter boss Antonio Conte was reportedly hoping to snap up the former Juventus man to strengthen their Serie A title claims.