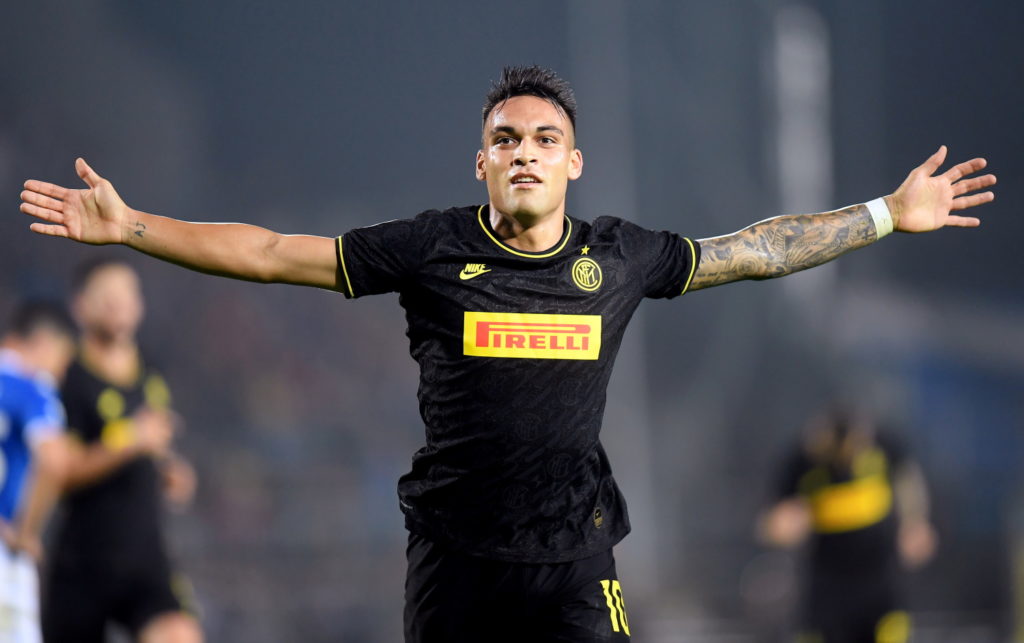 Ernesto Valverde has spoken of his admiration of Inter Milan strike ace Lautaro Martinez amid speculation of a move to Barcelona.

The 22-year-old has been a revelation for the Nerazzurri this season when firing home eight goals in 15 Serie A appearances and Barca have been heavily linked with a swoop.

The Catalan giants are known to be on the lookout for a new striker as the clock ticks on the career of Luis Suarez, who is about to turn 32 and could soon be on the move.

Martinez would be seen as the ideal replacement and Barca could test Inter’s resolve to keep hold by making a huge bid at the end of the season.

The two sides go head to head at the San Siro in the Champions League on Tuesday night, and the Argentina ace will get another chance to shine on the big stage.

Speaking ahead of the Matchday 6 encounter, Valverde has added fuel to the fire by revealing how much he admires the player.

“He is a great player and he’s having a great season. He is quick and strong,” Valverde said. “He scored a great goal in the first game at the Camp Nou. I know he is comfortable with [Romelu] Lukaku, they’ve found the right mechanism to help Inter.

“As for Lautaro being similar to Luis Suarez, they are a little different but both are born goalscorers. But Inter have so many good players, Lautaro, Lukaku, [Milan] Skriniar.”

Inter will do all they can to keep hold but could be tempted to cash in if Barca make a huge offer for the striker.