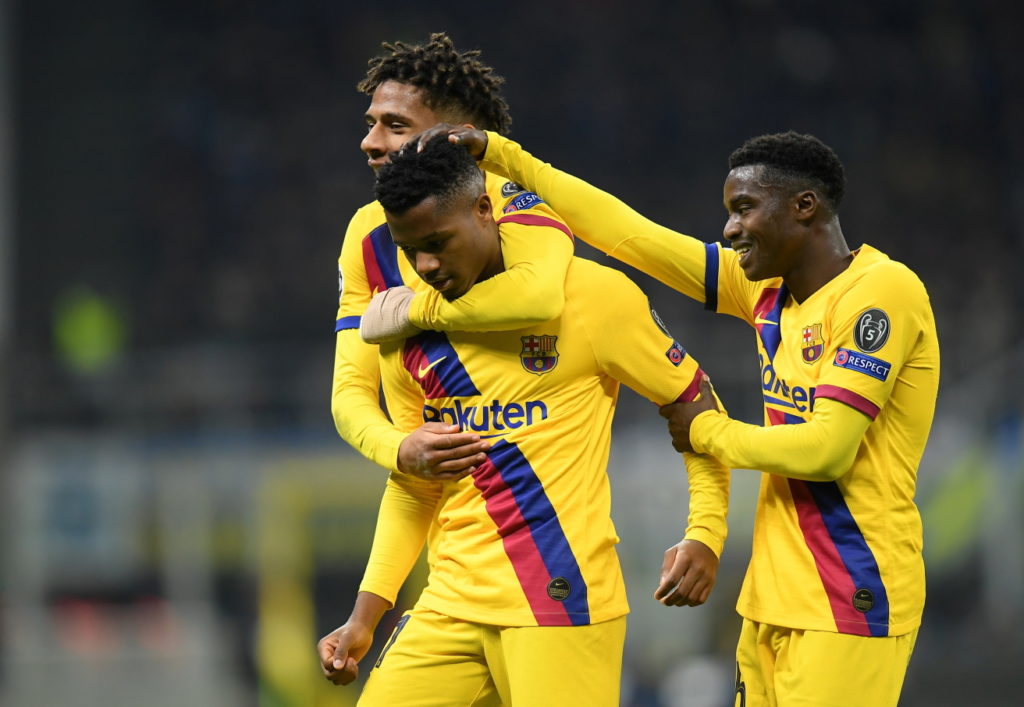 Ernesto Valverde has set his sights on Champions League glory after Barcelona defeated Inter Milan in the San Siro on Tuesday night.

Barca had already qualified for the last 16 of the competition as group winners, but their opponents Inter needed to pick up the win to ensure they joined them.

Many believed that with nothing to really play for, Barca would roll over and Inter would get the result they needed to take them through to the knockout stages.

However, that was not the case as Valverde’s men showed their class to pick up a 2-1 win and leave the Barca coach dreaming of European glory.

Carles Perez scored on his debut to give Barca the lead only for Romelu Lukaku to cancel it out with the equaliser. But with three minutes left on the clock, 17-year-old Ansu Fati popped up to score the winner.

Valverde was delighted with the character shown by his side and now wants them to go all the way.

The boss said he feels obliged to win the competition and wants to win every single match, something that was evident in Milan. He also praised his young strikers.

“Carles has the nose for more goals and strikes the ball really nicely,” he said. “Ansu is a born scorer and although he’s had some niggling pain, we wanted him to have some minutes.

“That it’s a Barça lad who’s the youngest ever scorer in this competition delights us. We’re thrilled because Inter are a really demanding rival. We played to win and my players, many of whom were making a debut of some kind, responded by showing competitive mettle.”