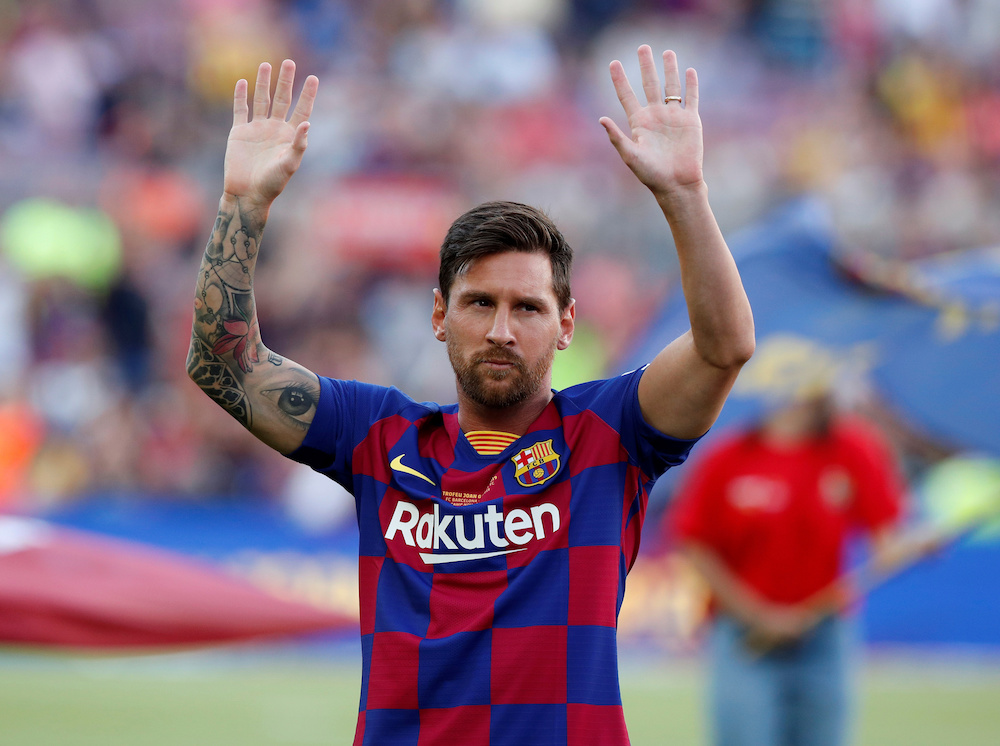 Barcelona are believed to be ready to offer Lionel Messi and new deal that would see the forward stay at the Camp Nou until the summer of 2023.

Reports in Spain have suggested the Blaugrana are determined to make sure the 32-year-old extends his stay with the club, and have sent representatives to speak with the player’s agent and farther Jorge Messi.

There were concerns Messi could leave the club this coming summer, with a clause reported to be in his current contract.

However, Barcelona club president Josep Maria Bartomeu has been keen to tie the Argentine to a new deal at the Camp Nou.

Speaking recently regarding a new deal for Messi, Bartomeu said: “Leo Messi will still play with us for the next two, three, four or five years. I have no doubts about that.

“Surely it will be the wish of all parties, if he (Lionel Messi) feels strong and ambitious, to extend this contract indefinitely.

“Ultimately it is he who must decide. He has earned the right to decide when he will stop playing football. But like he said a few weeks ago, he wants to finish his playing career at Barcelona.”

Messi and Barcelona are back in action in La Liga on Saturday when they look to get back to winning ways against Alaves, having been held to a goalless draw against arch-rivals Real Madrid last time out.