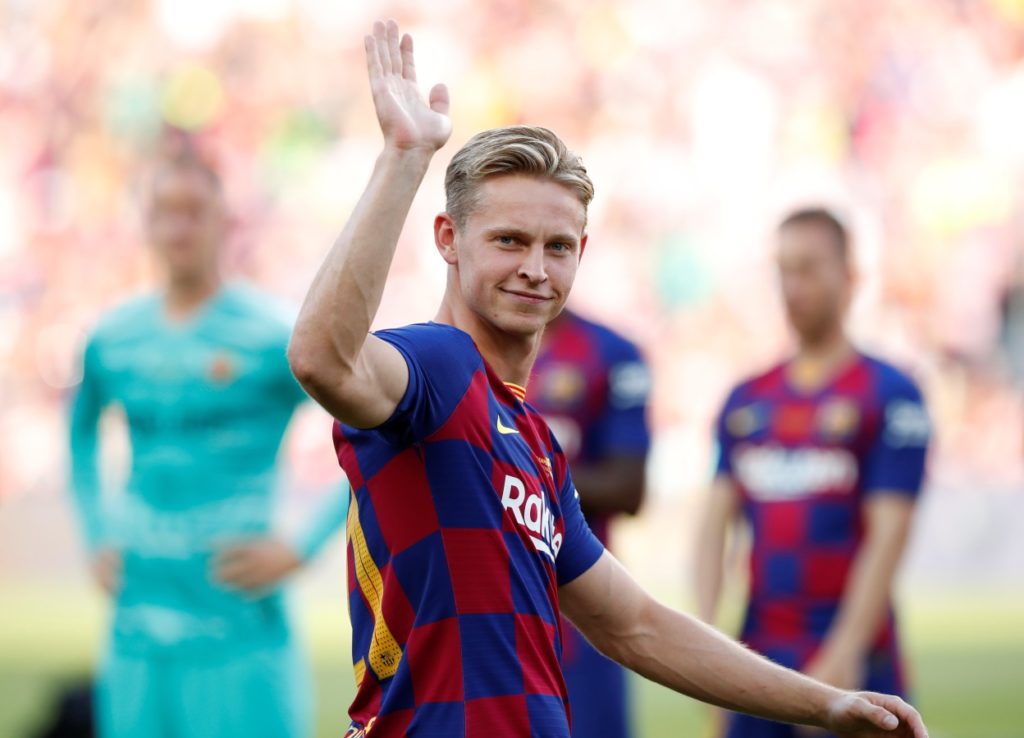 Barcelona midfielder Frenkie De Jong says he is finally settled at the club after a slow start to life at the Nou Camp.

The 22-year-old joined the Spanish giants in the summer after helping Ajax win the Eredivisie title and reach the semi-finals of the Champions League.

De Jong signed a five-year deal with Barcelona, with the two clubs agreeing a €75million move in the summer.

He picked up just one assist during his first 12 games, but he has since gone on to impress Ernesto Valverde and the club’s fans.

De Jong has helped Barcelona move two points clear of Real Madrid at the top of the table, and he claims he has settled into life on the east coast of Spain.

“I had actually expected that the step up from Ajax would not be that big,” he told De Telegraaf.

“I have been here in Barcelona for almost half a year now and the playing time is just great. I have been able to play a lot, and I am very happy with that.

“Every minute on the pitch feels like a bonus. I enjoy it every day; every time I go to training, I feel comfortable.

“I am very satisfied in general.”

De Jong can now look forward to the Christmas break, but his team will endure a busy start to the New Year. They face city rivals Espanyol on January 4, before also taking on Atletico Madrid and Valencia.

Valverde’s men were drawn against Napoli in the last 16 of the Champions League, and the two teams will lock horns in the first leg on February 25.