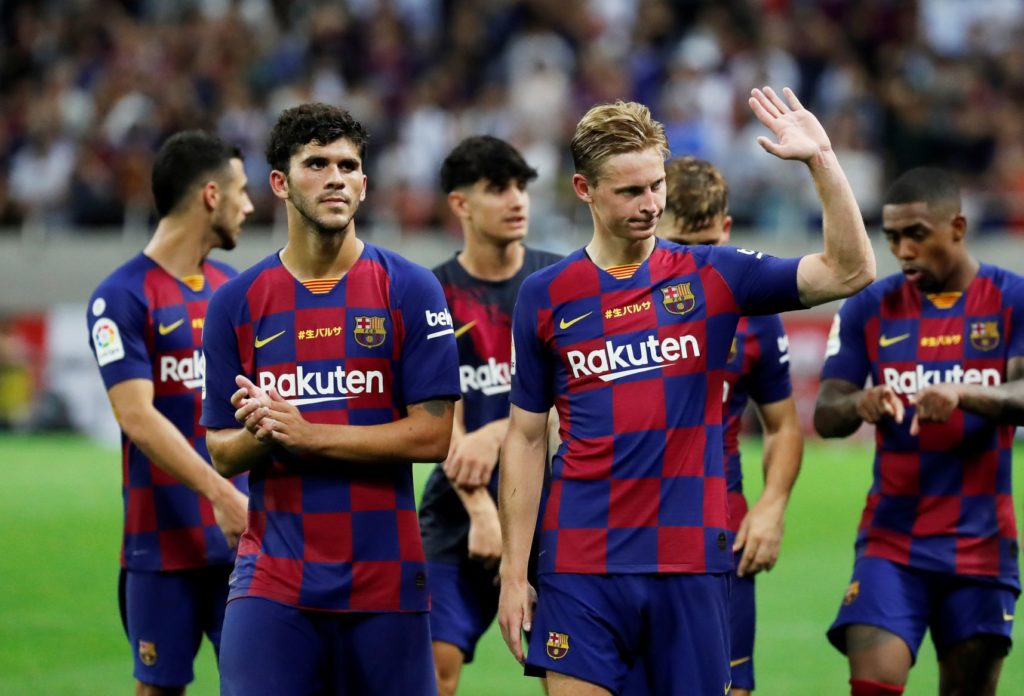 Barcelona midfielder Frenkie de Jong has admitted that he has been surprised by the quality of football in La Liga.

The 22-year-old has made 18 appearances in Spain’s top flight following his big-money move from Eredivisie giants Ajax.

Barcelona paid €75million for his services in July after De Jong helped Ajax reach the semi-finals of the Champions League, before their dramatic exit at the hands of Tottenham Hotspur.

De Jong was wanted by several top clubs from around Europe, with reports claiming he was determined to work under Manchester City coach Pep Guardiola.

Netherlands boss Ronald Koeman urged him to head to the Premier League ahead of the European Championships in 2020 but Barcelona agreed to match De Jong’s £275,000 a week wage demands.

He admitted earlier this month that he is enjoying himself at the Nou Camp, but he has now conceded that the quality of the Premier League is better than that in La Liga.

De Jong told reporters: “I used to think that La Liga was the strongest football league in the world. You could see their dominance in European Cup competitions.

“The Spanish clubs always progressed a long way and often grabbed the main trophies, the Champions League and Europa League.

“But the Premier League has gained power over the last few years.

“When it comes to pure skills, La Liga is better. But because of the sheer intensity, the English competition is at a slightly higher level.”

De Jong is currently enjoying a short rest due to the winter break in Spain, but he is set to be part of Barcelona’s squad when they face Espanyol on January 4.