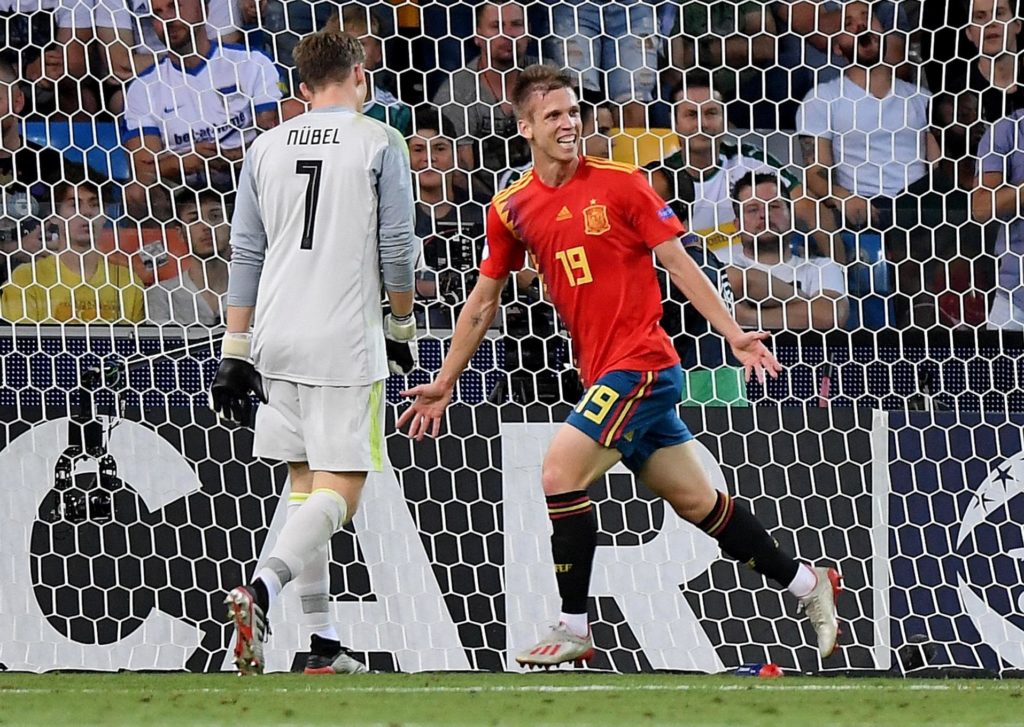 Dinamo Zagreb's Dani Olmo says he is "glad" to hear of reports claiming Barcelona are ready to make a "concrete offer" for his services.

Spain international Olmo spent seven years in Barcelona’s youth ranks from 2007-2014 before making the switch to Dinamo, where he made his first-team debut against NK Lokomotiva in February 2015.

The 21-year-old has been a regular fixture in the senior squad over the past couple of seasons and he has appeared in 124 matches in all competitions, scoring 34 goals and providing 28 assists.

Recent reports are claiming the midfielder’s former employers Barcelona are eager to bring him back to Camp Nou and are ready to make an offer during the January transfer window.

There are even rumours the Catalans, who are two points clear of Real Madrid in La Liga, have tabled an offer to the Croatian club which is believed to be around 25-€30million.

Olmo, who can play on the wing or as a number 10, is clearly eager to make the move back to his homeland after reacting positively when asked about the Barcelona reports.

“I’m glad that the rumors are to be converted to a concrete offer and that Barcelona wants to make me go home,” he said when talking to the Esportiu. “My goal is to take part in Euro 2020 and it will be difficult for me to achieve that dream if I won’t make a move to a more competitive league in the near future.

“I also think I am ready for a new step in my career.”