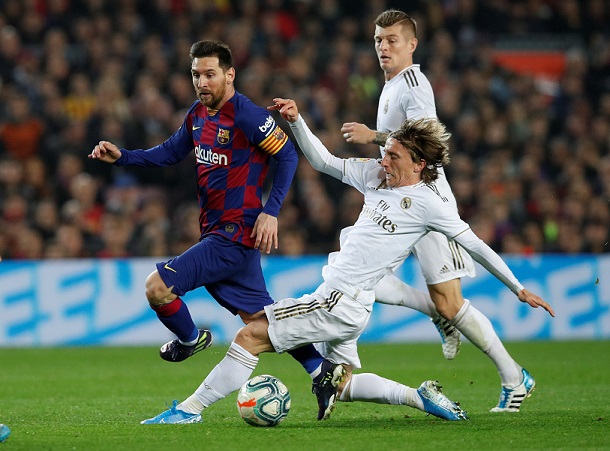 Lionel Messi says he can see himself playing a deeper role for Barcelona as he edges closer towards the end of his playing days.

The 32-year-old has already hinted that he is considering his options as he approaches the end of his career but for the moment it looks like he will see out his playing days at the Nou Camp.

Like many attackers before him, Messi feels his game might be better suited in years to come in a deeper, more creative role with the Bluagrana.

“I think less and less about scoring goals,” he told La Liga on DAZN. “I’m starting to step back more and more to be the creator rather than the one who finishes.

“Obviously I like scoring and if have a chance I’ll take it, but every time I go on to the pitch I’m less focused on scoring goals and more focused on the game. I’ve never been obsessed with goals.

“I understand that people will talk about it when I stop scoring so many, but that’s part of the game, part of growing as a player and adapting to the times, to be the best player both for yourself and for the team.”

Our video team cooked up something special on @QSetien Day.

There appears to be little chance of Messi making the drop deeper anytime soon, especially with star striker Luis Suarez ruled out for four months after knee surgery.

Barca, who will have new boss Quique Setien in the dugout for the first time on Sunday against Granada, are currently sitting at the top of the La Liga table with only goal difference separating themselves and arch rivals Real Madrid.